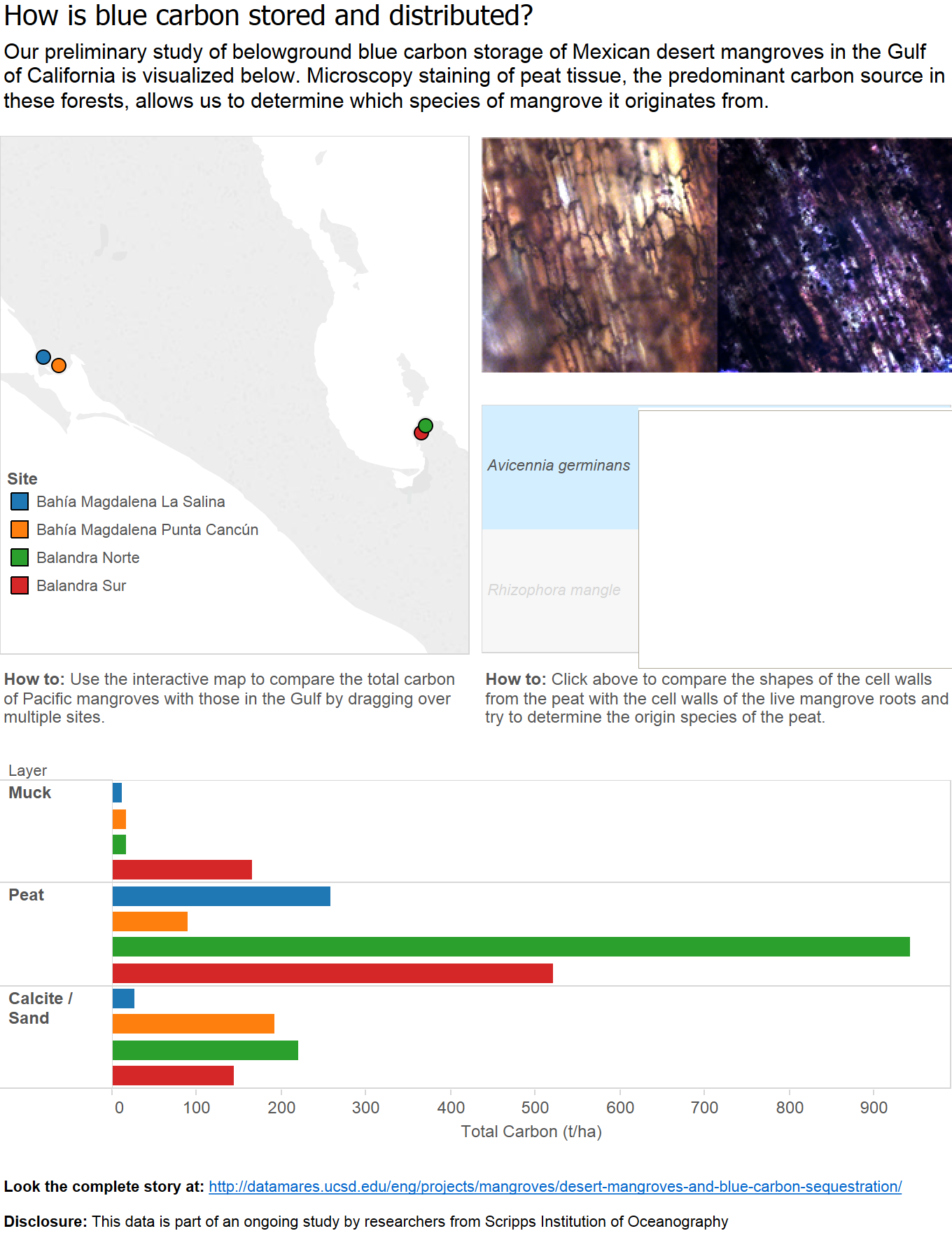 Blue carbon, carbon sequestered by marine ecosystems such as coral reefs or coastal wetlands, aids in the mitigation of climate change by reducing levels of atmospheric carbon dioxide. Mangrove forests have been shown to be some of the most carbon-rich forests in the world[1]. We wanted to know how much carbon is stored beneath the forests of the Gulf of California, and how is it distributed. Cores taken of belowground sediments showed three consistent layers. An initial surface muck layer comprised primarily of an organic-rich sand, clay, and mud matrix was followed by a layer of peat, undecomposed mangrove root matter. Below the peat, we found calcite coarse sand which likely indicates existence of a beach prior to the establishment of the mangrove forest.

Major findings: Microscopy studies have shown that peat formation originates from the black mangrove (Avicennia germinans), an important finding, as previous publications have presumed the origin of peat to be the red mangrove (Rhizophora mangle). Knowing the origin species of belowground peat provides valuable insight about the ecological role of different species.

Many thanks to Exequiel Ezcurra and Octavio Aburto-Oropeza for their support and supervision. This project was possible thanks to funds provided by the David and Lucile Packard Foundation.