20 years of ecological monitoring in the Gulf of California. 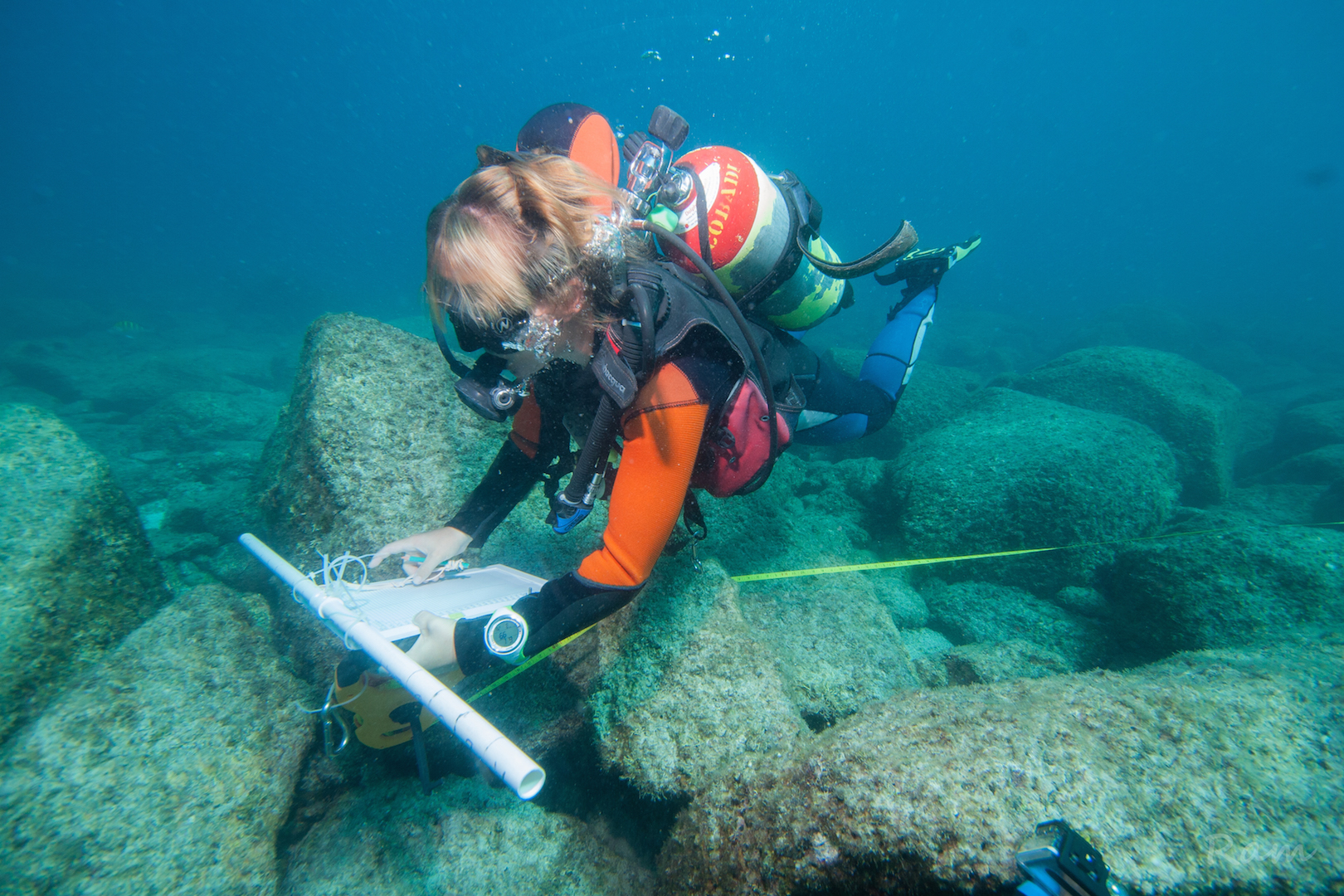 The Long Term Ecological Monitoring Program (LTEMP) began in 1998 as a collaborative effort between researchers from the Autonomous University of Baja California Sur (UABCS), the Birch Aquarium and the Scripps Institute of Oceanography. The goal was to understand the changes in the rocky reef communities of the Gulf of California (GC). During the last 20 years, several reefs of the GC have been visited annually to collect data on richness and abundance of the communities of fish and invertebrates. This program is the longest of its kind in the region and has enabled the creation of a rigorous scientific protocol to monitor the marine fauna of the GC. This information has established a baseline on the ecological status of the reefs of the GC,  it can enrich future research, and is necessary to develop assessments and management measures for biodiversity conservation. 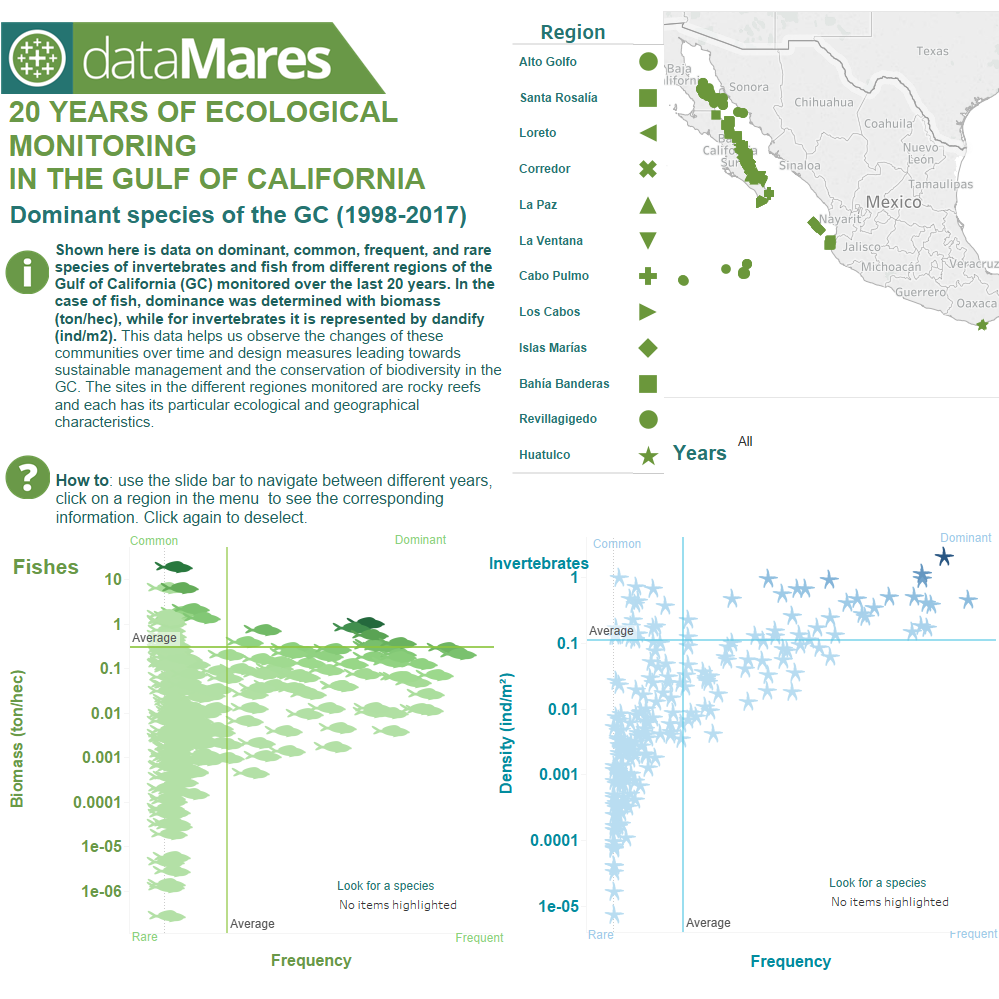 This program began in 1998 with 21 sites and in the last 20 years, with the support of other institutions and foundations, new sites along the Mexican Pacific have been integrated into the LTEMP (e.g. Revillagigedo Islands, Marías Islands, Galápagos, Alto Golfo, Huatulco, among others), totalling more than 380 monitored sites.

The information obtained has been used to advance knowledge in a wide range of topics, from taxonomy, ecology, to marine protection of ecosystems. We have been able to determine the distribution and abundance of 471 species; for example, we know that sea fans are one of the most conspicuous groups in the GC. Many of the fan species change depending on latitude and depth, so we now know different community structures that occur in the GC1.

All the information collected has helped us measure changes in ecosystems using attributes such as the specific composition, density, biomass, and trophic level of the species. This information has given us a broad vision of what is happening with the marine communities in the GC. To date we have made different assessments to understand the health of the rocky reefs, and in 2015 we discovered that more than 68% of the reefs of the GC are degraded². This degradation can be caused by fishing, anthropogenic effects, or by natural factors such as climate change or hurricanes.

The data generated by this monitoring program has served as a basis for the protection, evaluation and creation of marine reserve networks in the region³. The scientific work of the researchers participating in the LTEMP has been accompanied by outreach work in which different sectors of society are involved, such as: decision makers, tourism service providers, students, fishermen, and more. The data of this program is open access and available through dataMares.

We thank the researchers and students from all the different institutions that have participated in the LTEMP for the past 20 years, who have contributed with their knowledge and effort, among them: Programa para la Conservación de la Fauna Arrecifal from UABCS, Centro para la Biodiversidad Marina y la Conservación (CBMC), Scripps Institution of Oceanography. In addition, it would not have been possible to carry out this program without the donors, tourism and hotel service providers, boat captains, and the people who have given us their support during the monitoring campaigns.