Alternative fishing gears may do more harm than good in the Upper Gulf of California. 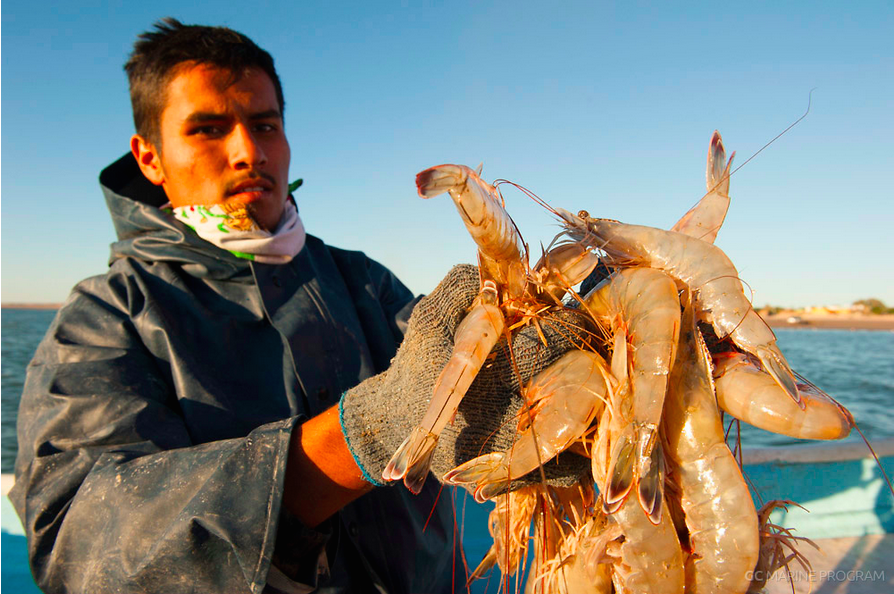 Alternative fishing gears are often designed with one target species in mind. If the new gears successfully protect an endangered species but are financially and environmentally costly, are they worth it?

Efforts to protect critically endangered species often discount the accompanying ecological and social side effects. Short-term single-species conservation along with a lack of communication between the extractive (fishers) and conservation sectors can lead to unfavorable consequences. This is precisely what has happened in the Upper Gulf of California (UGC) from decades-long initiatives to protect the endemic vaquita porpoise (Phocoena sinus) from extinction. With fewer than 30 remaining (1), the vaquita is the most critically endangered marine cetacean in the world and is only found in the UGC. The area’s high productivity also makes for profitable commercial fisheries, namely blue shrimp (Litopenaeus stylirostris), which are caught using gillnets (2). While stakeholders agree that gillnets are the primary cause for the decline of the vaquita (due to entanglement), efforts to conserve them have so far fallen short. Last-minute extreme conservation measures driven by the government (also known as top-down management practices) have neglected the livelihoods and traditions of the locals, failed to protect the vaquita from imminent extinction, and brought about additional environmental concerns for the UGC ecosystem. 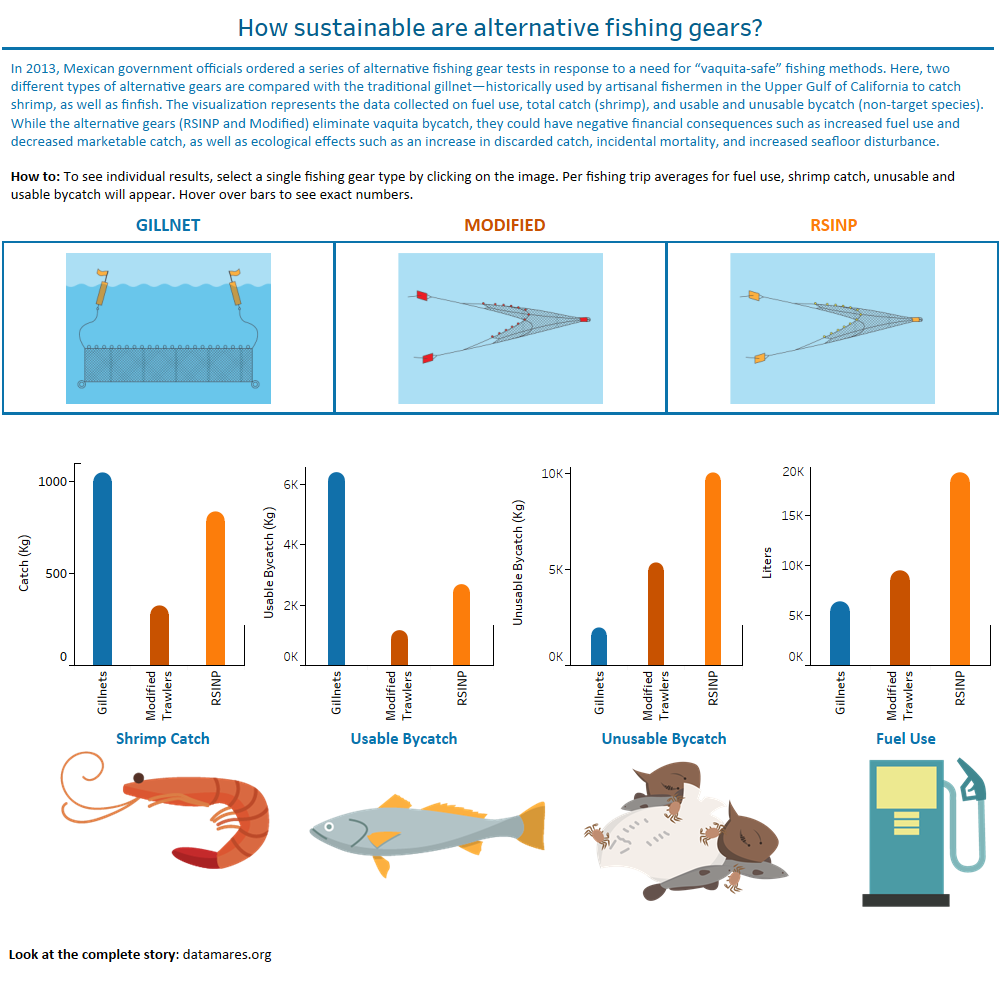 Historically, gillnets have been widely used by artisanal fishermen in the UGC to catch shrimp and other commercially viable species (3). Fears of continued vaquita deaths has resulted in a permanent gillnet ban imposed by the Mexican government in 2017, with the idea that all fishers will convert to using “vaquita-safe” alternatives (4). Alternative gears have been tested in a series of trials beginning in 2013 and others are ongoing. Data collected from the experimental gear tests show that while these trawls are considered “vaquita-safe,” they pose additional problems such as increased bycatch (non-target species that are thrown out), increased fuel usage, and negative effects on the integrity of the ecosystem and ocean floor (5).

326 fishing gear trials in the UGC tested traditional gillnets against two alternative gears—a small trawling net (known as the RSINP) and a modified version. Analyzing the data shows that gillnets caught over 3 times more shrimp with a higher number of organisms per unit area. They also covered almost twice as much area and caught more marketable bycatch. Both alternative gears caught 2.7 times more unusable (discarded) bycatch than gillnets and used nearly 30% more fuel per fishing trip. Moreover, it is widely known that the use of trawlers such as these alternative gears can be detrimental to seafloor habitats. The results from the analysis also show the potential for negative impacts on ecosystem productivity (from increased catch and death of bycatch species) and decreased profitability for the fishers. The loss in profits  could lead to an increase in fishing efforts in order to earn more money (with negative implications for the UGC ecosystem). Subsidies that make up for lost profits are not a long-term solution because they promote unsustainable fishing practices by encouraging more fishing effort even though there are fewer resources. Based on gear test data and catch data from previous fishing seasons using gillnets, the Mexican government would have to pay an additional $8.5 million (US dollars) per year to maintain fishers’ current earnings (5). The question therefore remains, is there a better way?

Fishery closures, gillnet bans, and suggested alternative gears singularly focus on reducing vaquita bycatch, however such short-term measures are not predicted to result in the long-term success of vaquita conservation, profitable fisheries, or even a healthy UGC ecosystem. Ultimately, fewer fishers and less pressure on ocean resources will benefit new generations and ensure that current fishers will be able to continue to generate profits. Real success will only be possible when community members and conservation groups collaborate closely, and the government is able to invest in education, alternative livelihoods and careers, and economic sustainability for the local population.