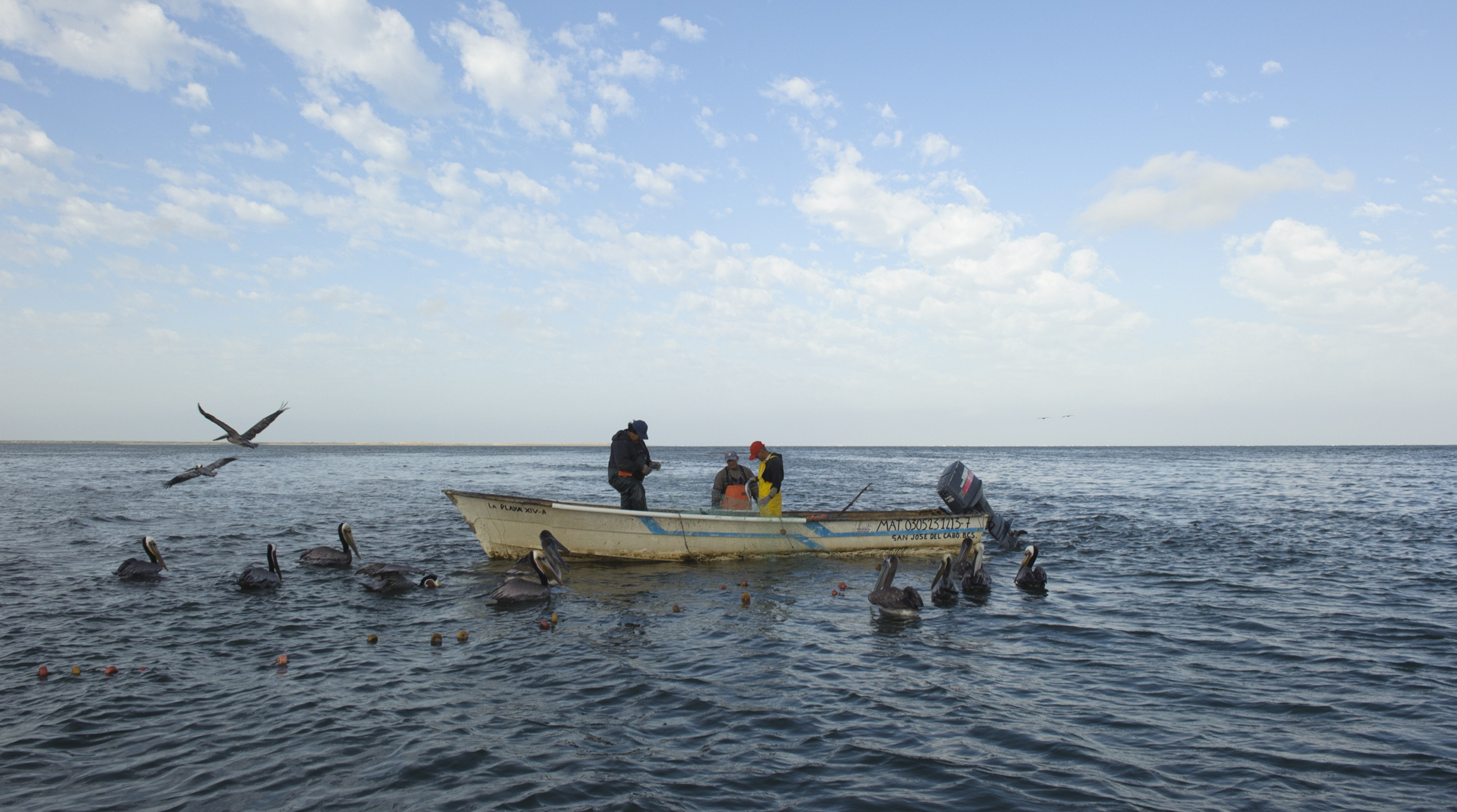 The communities of Puerto San Carlos and Puerto Chale are part of the Bahía Magdalena-Almejas (BMA) lagoon complex. However, they differ in terms of the fishing resources and fishing areas they use, and the profits they make. Puerto San Carlos, located in the central zone within the complex, is the largest community and with the largest fishing fleet (646 pangas). Its most important fishery resources are: clams, crab and shrimp (2). Puerto Chale, located to the south of the complex, has 112 pangas and depends mainly on 12 species that are extracted from the canals, mangrove and even from outside the lagoon complex (1). 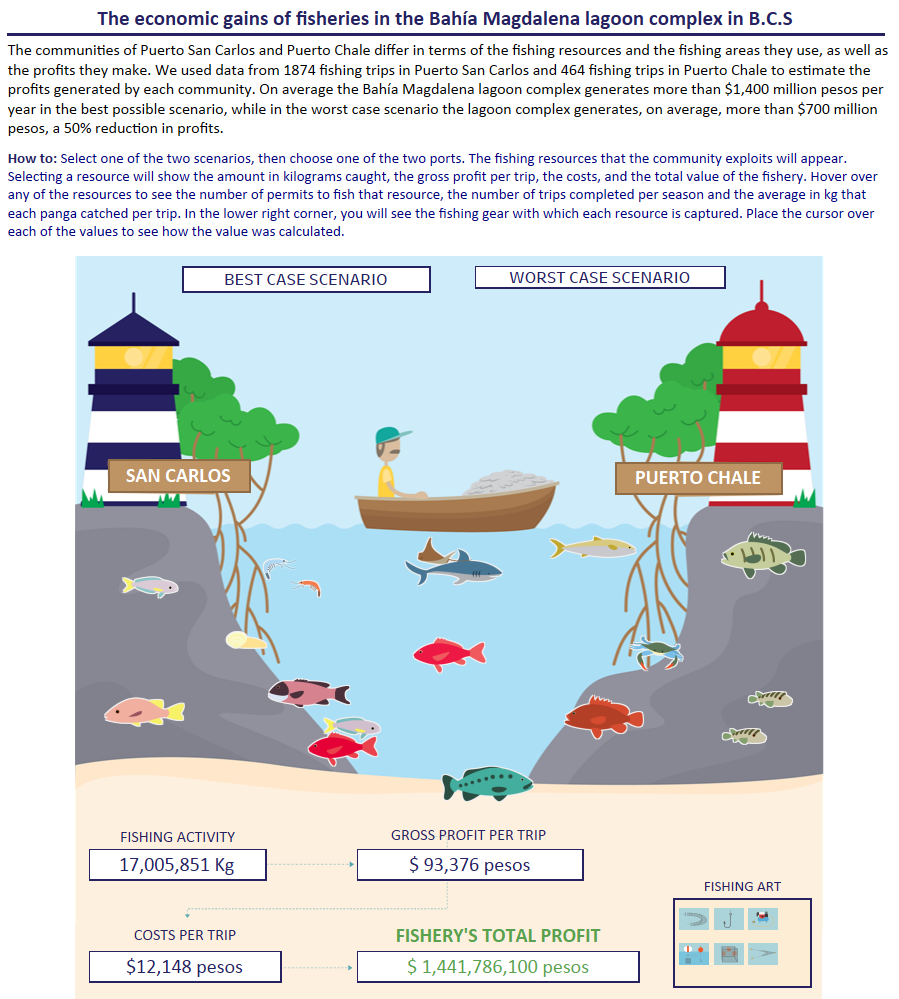 Since 2012, with the help of fishermen we have monitored the fisheries in the region in order to understand the fishing dynamics of these communities. Realizing the differences that exist between communities, we decided to make an initial economic assessment exercise to evaluate the contribution of each fishery to the local and regional economy. We have estimated total profits for 15 fisheries that we have monitored in Puerto San Carlos and Puerto Chale since 2012: goeduck (Panopea generosa), bullseye puffer (Sphoeroides annulatus), blue and brown shrimp (Litopenaeus stylirostris, Farfantepenaeus californiensis), Pacific red snapper (Lutjanus peru) , whitefish (Caulolatilus princeps), blue crab (Callinectes sp), sharks and mantas (Mustelus sp., Carcharhinus sp., Sphyrna sp., Rhinoptera steindachneri), star-studded grouper (Hyporthodus niphobles), Yellowtail (Seriola lalandi), groupers (Epinephelus sp., Mycteroperca sp.), snappers (Lutjanus sp.), Barred sand bass (Paralabrax nebulifer) y California sheephead (Semicossyphus pulcher). Cost and profit calculations were performed with data generated in 2016 through our Collaborative Science Program (PCC) (3), which includes fishery catch data from 2,338 fishing trips. We calculate the cost of gasoline using the average cost (in liters) per fishing trip and the average price per liter of gasoline in 2016. The total cost of the fishing gear used in each fishery was calculated by adding the price of the gear and the cost of repairs carried out during the total time each particular fishing gear is used (useful life of equipment, gillnet or hook and line). The result is divided by the number of fisheries where the same fishing gear is used. We calculate an average for the price per kilogram of catch for each species using our data generated in 2016. In addition, we simulate two scenarios: (1) best-case scenario: when the different fisheries obtain the best revenue, or a good fishing season; and (2) worse-case scenario: when profits are reduced or performance drops by 50%. Our common denominator is the number of trips per fishery per season.