Effects of short-term marine reserves on grouper and bass populations. 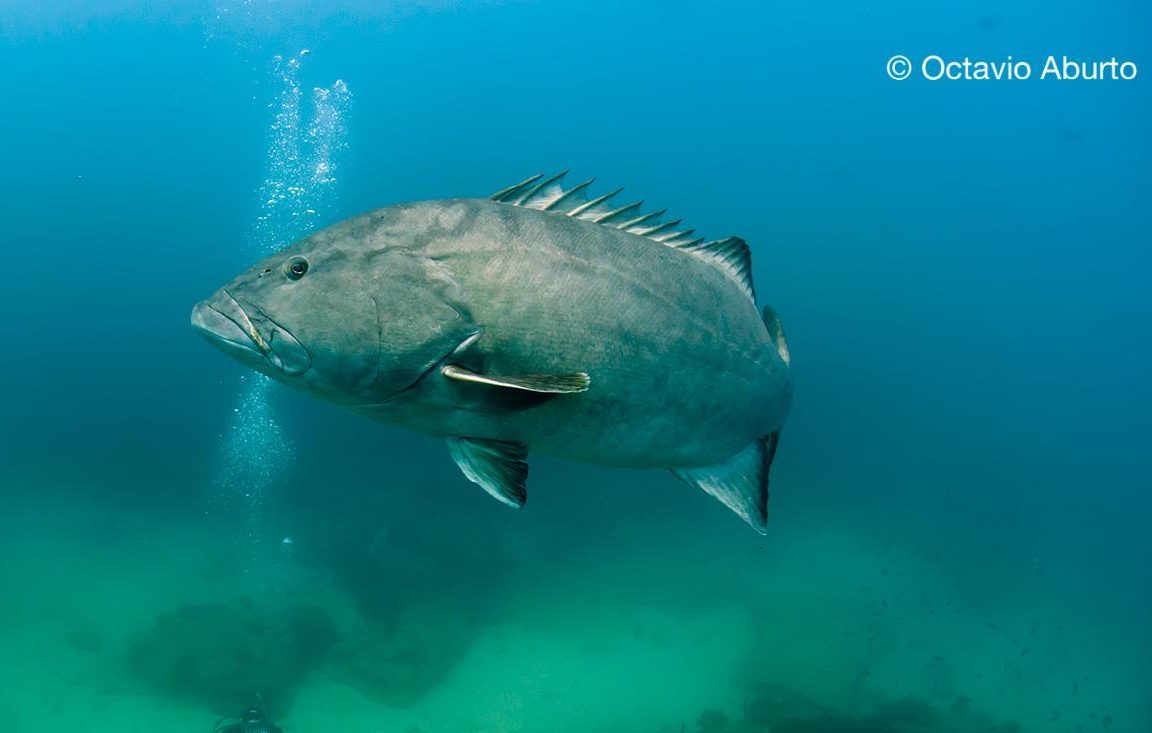 Marine ecosystems sustain significant anthropogenic impacts from activities like overfishing, habitat deterioration, destructive fishing practices, pollution, and climate change (1, 2). One way to protect biodiversity and maintain healthy habitats is to create No-Take Marine Reserves (MRs) (3). Ecological benefits follow the implementation of MRs, such as increases in abundance and biomass (overall weight of organisms), which in turn result in a “spillover” effect, where organisms venture out of the MR. These ecological benefits may result in economic benefits; for example, fish can be harvested outside the MRs, offsetting the initial cost of establishing it. 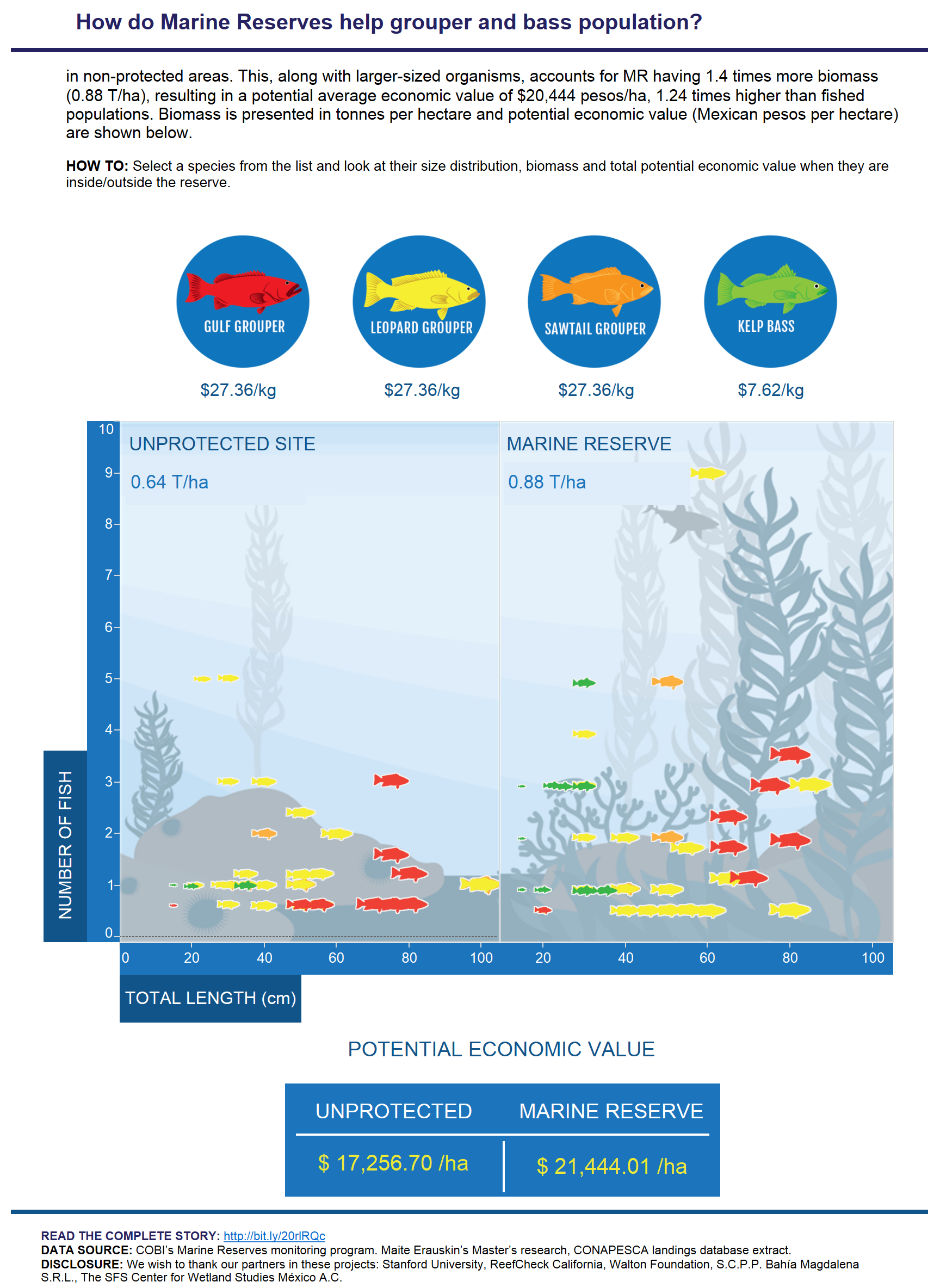 Grouper species are among the top predators in marine environments and have been frequently used as indicators of the efficiency of MRs (4). In Isla Magdalena, Baja California Sur, Mexico, the Gulf grouper (Mycteroperca jordani), Leopard grouper (Mycteroperca rosacea), and Sawtail grouper (Mycteroperca prionura) are the dominant grouper species; and the Kelp bass (Paralabrax clathratus) is the dominant bass species. These large fish can reach up to 1.90 m in length and weigh up to 150 kg. Local fishermen state that their abundance and size have declined over time, most likely as a result of overfishing. In 1997, grouper and bass species represented 69.54% of landings (by weight), which accounted for 69.80% of the income. By 2009, these numbers decreased to 1.11 % and 0.54 % (5).

With this in mind, fishermen from Isla Magdalena Fishing Cooperative and Comunidad y Biodiversidad, A.C. (COBI) established a voluntary MR to protect these species in 2009, covering 4% of their fishing grounds. Together with the Centro para la Biodiversidad Marina y la Conservación A.C. (CBMC), we have been monitoring grouper and bass populations inside and outside the MR, searching for fish population recovery signs. We count fish (abundances) and estimate their sizes to calculate total biomass at each site. Then, using the average price (pesos/ha) from CONAPESCA’s landings database, we estimate the potential economic value of protected and unprotected fish populations.

Data collected during annual surveys (2010-2014; no data for 2013 due to a hurricane) shows that grouper and bass abundances within the MR reached 114 fish counted, 1.58 times higher than in non-protected areas. This, along with larger-sized organisms, accounts for the MR having a biomass of 0.88 T/hectare; 1.4 times higher than fished sites.

We estimate fish populations inside the MR to have a potential average economic value of $20,444 pesos/hectare, which would be 1.24 times higher than fished populations. Potential economic value is driven by biomass levels, not by abundances. Some species, like the leopard grouper, had the same abundances inside and outside the MR, however individuals in the MR were larger (higher biomass) which accounts for a higher potential value. Sawtail grouper abundances were higher inside the MR, but organisms in unprotected sites were larger, accounting for high biomass and market value.

Fish population recovery is not dependent on protection from fishing alone. A combination of environmental and social factors help explain why five years have not been enough time for fish populations in this MR to recover. Competition for food, predation and species’ resiliency may slow down a recovery process (4). Lack of enforcement and poaching can also affect recovery rates, so local communities may require alternative economic income to offset the costs of not fishing if we are to expect long-term results.