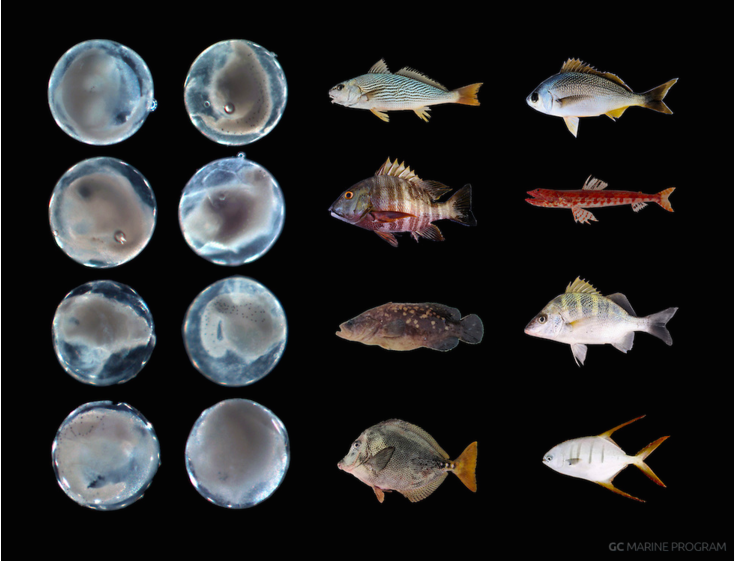 Genetic identification of fish eggs and larvae can be a useful tool to assess the diversity of species spawning in a marine ecosystem. In January of 2014 we began collecting fish eggs and larvae from inside Cabo Pulmo National Park (CPNP), one of the world’s most successful marine protected areas (1). The goals of the project are to determine which species may be spawning in and around the park and to explore the protected area’s potential as a sink for the early life stages of species normally found outside the park due to habitat preference, such as deeper water. Using DNA barcoding methods, we can identify separate species and for many uncover seasonal patterns in abundance. Employing a methodology used in the Burton Lab at SIO (2), we are establishing a baseline of spawning activity and patterns in the waters in and around CPNP. 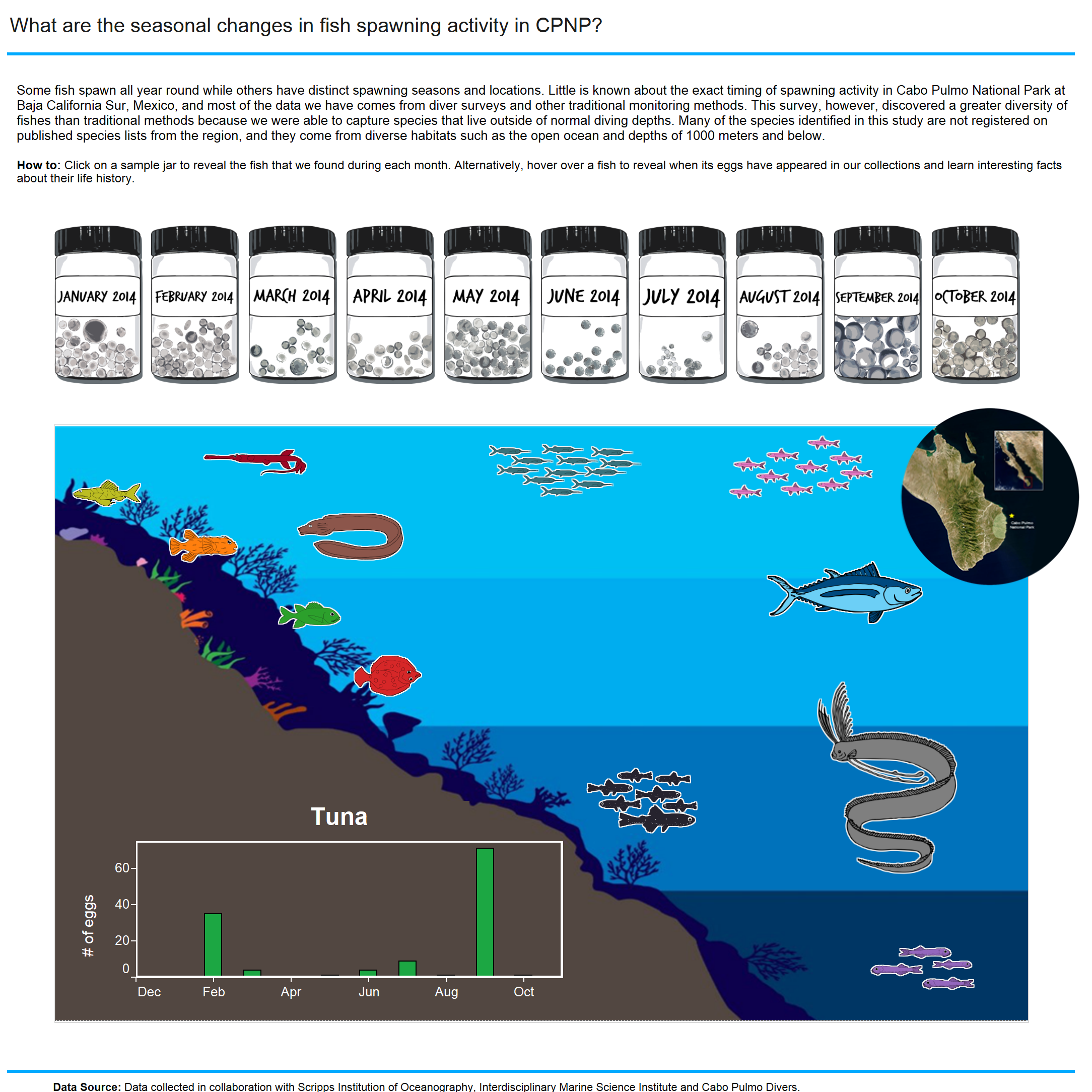 To date, our surveys have found eggs and larvae from 112 different fish species across 17 major groups, including some that have never been seen inside Cabo Pulmo’s waters, and revealed distinct seasonal spawning patterns for many of them.† One exemplary species identified is the giant oarfish (Regalecus glesne), a fish which science knows very little about. The fabled sea serpent lives at depths of up to 1000 meters (3) and can grow up to 15 meters long (4), making it the longest bony fish in the ocean. We also found larvae from some of the smallest fishes in the ocean, like blennies, which live in shallow, rocky reefs and only grow to about 12 centimeters long. Early life stages of deep dwelling bioluminescent fishes like the myctophids, which come to the surface to feed at night, were also identified within CPNP. In addition to these ecologically important species, our surveys revealed the presence of important commercial and recreational species, like yellowfin tuna (Thunnus albacares), mahi-mahi (Coryphaena hippurus), and roosterfish (Nematistius pectoralis).

Just as the Gulf of California is renowned for its diversity of marine life, our findings show that CPNP supports a diverse assemblage of fishes, from species commonly seen as adults to species rarely or never observed. This study shows that when considering the conservation success of CPNP, it is important to acknowledge the park’s role as a protected habitat for eggs and larvae, whose origins may be from within or from neighboring areas. By protecting Cabo Pulmo we are aiding the conservation of the fishes from Cabo Pulmo as well as the biodiversity of neighboring areas whose species appear in the park as eggs and larvae.

†The findings presented here are preliminary – this is an ongoing survey for which eggs are still being collected and analyzed.