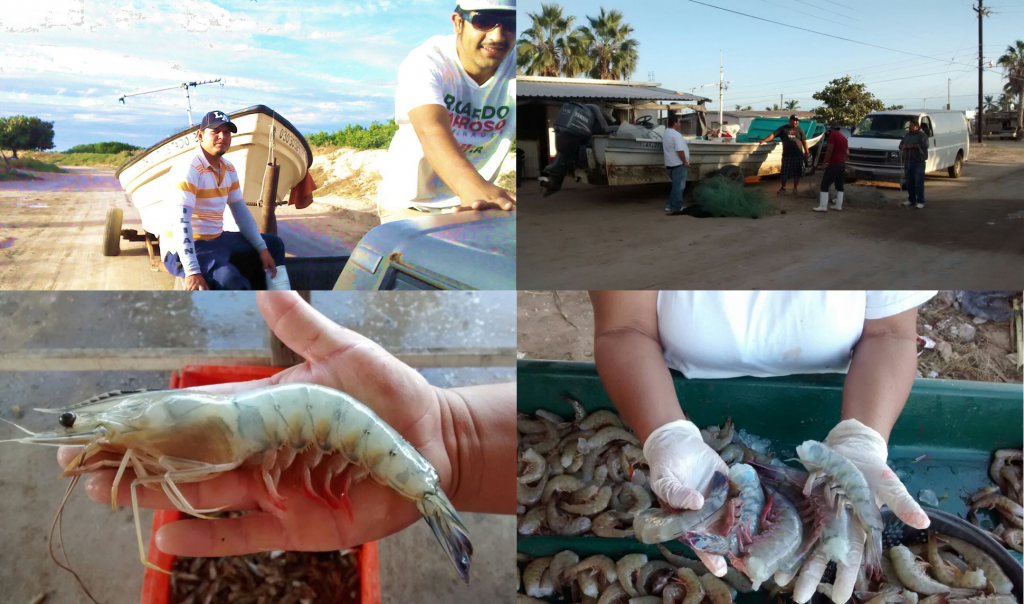 The Baja California peninsula produces nearly 50% of the total national fisheries product (1,2). Bahia Magdalena-Almejas (BMA) lagoon system, located in the western coast of Baja California Sur (BCS), is regarded as one of the most important sites for industrial and artisanal fisheries. It houses the most extensive mangrove forest in the peninsula, giving refuge to species with high commercial value and producing a great quantity of food for other species. In 2012, according to official data, six industrial boats and 325 small-scale fishing boats were authorized to operate within BMA, employing between 3,000-8,000 people (1,3).

Catch volumes for industrial fishing in BMA is on average 50,000 tons/year for minor pelagic fish (i.e. sardines) and 20,000 tons/year for larger pelagic species (i.e. tuna and billfish). Artisanal, or small-scale fisheries, in BMA are more diverse and fishermen work with nine main resources: clams, shrimp, crab, mullet, puffer fish, groupers, corvinas, flounders, and snappers (4). The most important species for artisanal fisheries are the blue shrimp (Litopenaeus stylirostris) and the brown shrimp (Farfantepenaeus californiensis), which have been exploited since 1950. The brown shrimp, especially, has sustained the economy in the area, generating more than 347 million pesos in the last ten years (5).

But, how important is BMA in terms of income and catch volume for BCS? We used fishing records from CONAPESCA (the Mexican National Commission on Fisheries) for 2001-2013 to analyze the catch trend for the three fishing offices in BMA (Pto. Adolfo Lopez Mateos, Pto. San Carlos, and Cd. Constitucion). Afterwards, we analyzed catch data from the rest of the offices from BCS to estimate the economic and fisheries value of a small area, such as BMA.

Between 2001-2013, 1.2 million tons of fishing products were caught in BMA, which represents 57% of the total captures in the state of BCS (2.1 million tons). In BMA, the industrial fishing sector caught 862 thousand tons (77.5% of the total), with an income of 1,519 million pesos, or 40% of the economic income for BMA. Forty-nine percent of this corresponds to sardines and 51% to tuna and billfish.

Small-scale fisheries produced 249,000 tons, or 22.5% of total catches for BMA. The highest catches are for clams (124,000 tons), followed by shrimp with 9,400 tons. The sector generated 2,332 million pesos, which represents 60% of the total economic income for BMA. Although catch volume is lower, the resources obtained by this sector are of high commercial value and many of them are exported under strict commercialization standards.

In total, the fisheries in BMA generated more than 4,200 million pesos, or 41% of the income generated by the entire fishing sector in BCS, which totaled 6,043 million pesos.