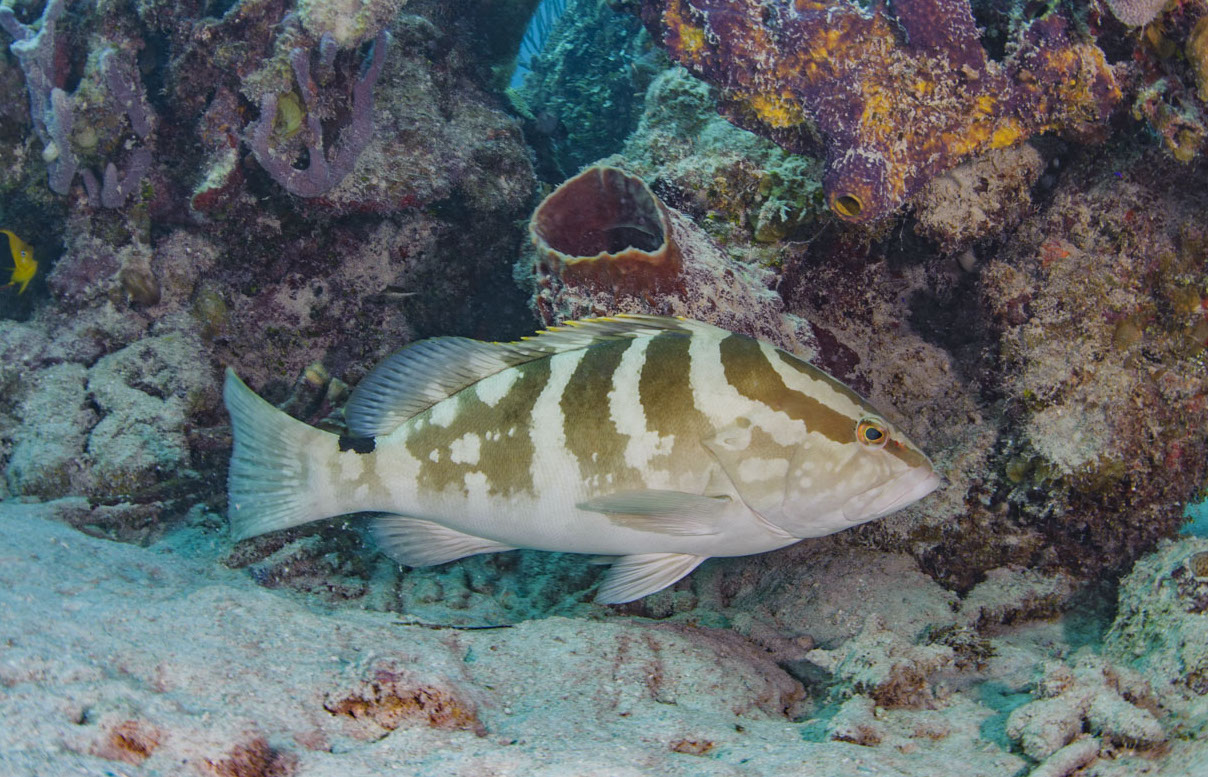 Fish Spawning Aggregations (FSA) represent a vulnerable ecological process. In many species, individuals travel long distances to reproduce in large groups that occur in a given place and time during short periods, especially in the days after the full moon. In the Caribbean, 37 species are known to spawn at FSA sites, particularly species of commercial interest such as groupers (Serranidae) and snappers (Lutjanidae) [1]. In the State of Quintana Roo, Mexico, information on spawning aggregations has been recorded since 1955 [2]. At present a few of these FSA sites still exist and visual verification has been completed [3], [4], [5], while others remain unidentified. 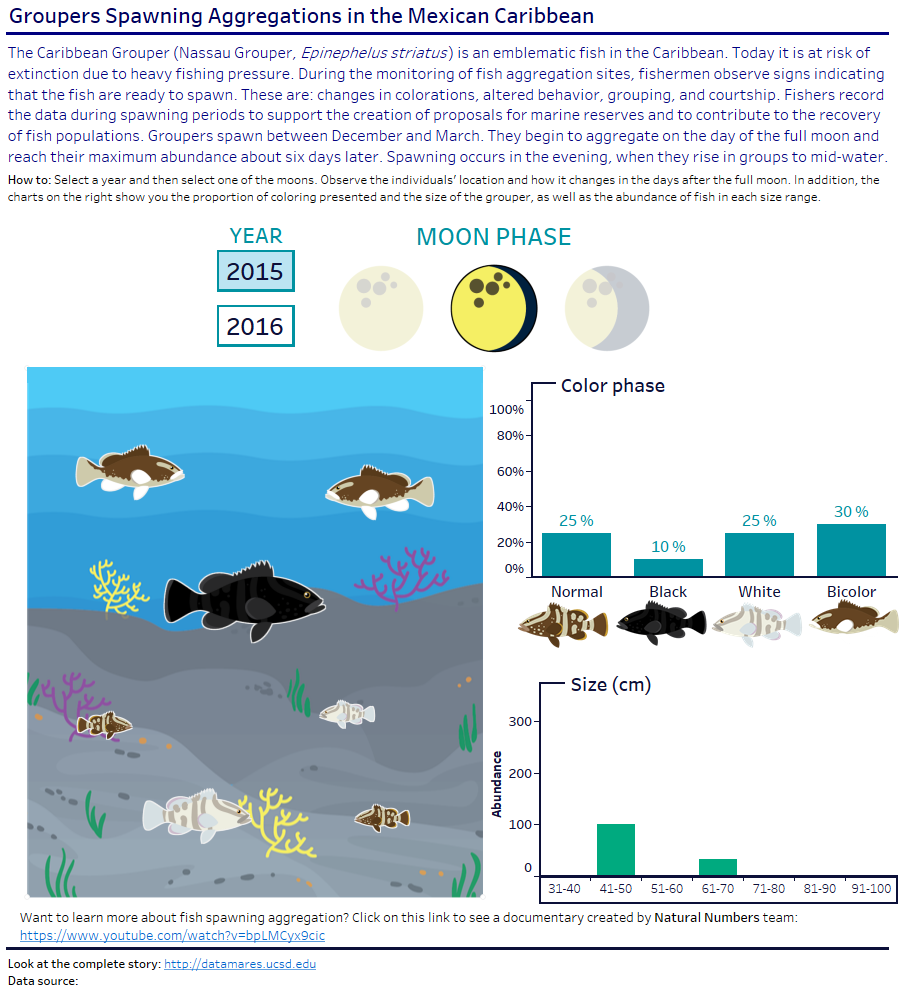 Many fishermen are aware of the locations of FSAs because of the large catches they can obtain at these sites. Since 2008, Comunidad y Biodiversidad, A.C. has collaborated with fishing cooperatives to locate and visually confirm the FSAs. With the prior knowledge that these sites are often found close to reef structures with particular geophysical characteristics, the sites are located using bathymetric maps, the local ecological knowledge of the fishermen, and in situ exploration by SCUBA. To date, 38 fishers from five cooperatives have been engaged in exploring 25 potential FSA sites in the center and south of the state. These sites had previously been roughly identified from the fishers’ knowledge [6], however only once the precise location is known can management strategies be developed, for example through small marine reserves that can have large impacts on the populations of these commercially important fish [7].

The Nassau grouper (Epinephelus striatus) is an emblematic fish in the Caribbean, but today it is listed as “endangered” on the IUCN Red List. Fishing, mainly at the spawning sites, prevents population recovery. One of the largest documented FSA in Mexico was subjected to fishing pressure for more than 80 years and today the aggregation no longer forms [8]. However, some FSAs are still healthy and many fishing communities are willing to contribute to their conservation. During the monitoring of FSA sites, fishermen observe signs indicating that the fish are ready to spawn. These include changes in coloration, altered behavior, grouping and courtship [9]. Fishermen record data during spawning periods in order to support the development of proposals for marine reserves that can contribute to population recovery.

Fishermen and researchers have characterized 25 potential fish spawning aggregation sites during 140 hours of bathymetry and over 150 SCUBA dives in Quintana Roo. To date, eight aggregation sites have been detected with fish abundances ranging from 30 to more than 1,000 individuals. The distribution of species and their abundance varies by species and by month, but is always related to the full moon. Groupers spawn between December and March and present color changes prior to spawning. Throughout the year, the Nassau grouper has a brown / white color with bars, but prior to spawning it changes to either a black body with a white stomach (“bi-color”), completely black, or completely pale. They begin to aggregate on the day of the full moon, and reach their maximum abundance about six days later. Spawning occurs at dusk, when the fish rise up in groups to spawn in mid-water.