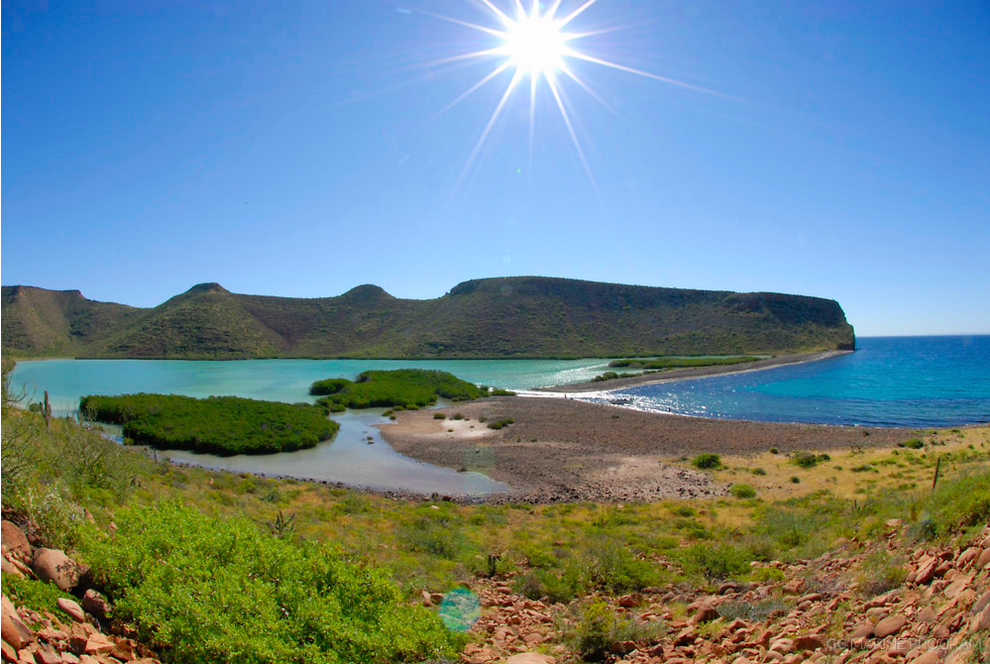 Juvenile yellow snapper (Lutjanus argentiventris) depend on estuary habitats in their first year of life. Pebble beds in the mouths of bays are their preferred recruitment habitat, where the smallest post-settlement individuals, approximately 2 cm in length, remain for about two months (1). Individuals then move to mangrove forests for another 10 months, where they benefit from the nursery habitat provided by the prop roots of red mangroves (Rhizophora mangle) in the coastal fringe of the forest. After a year, they leave the mangroves and shift successively through a series of different habitats as they mature, until as adults they inhabit deep rocky reefs (2). 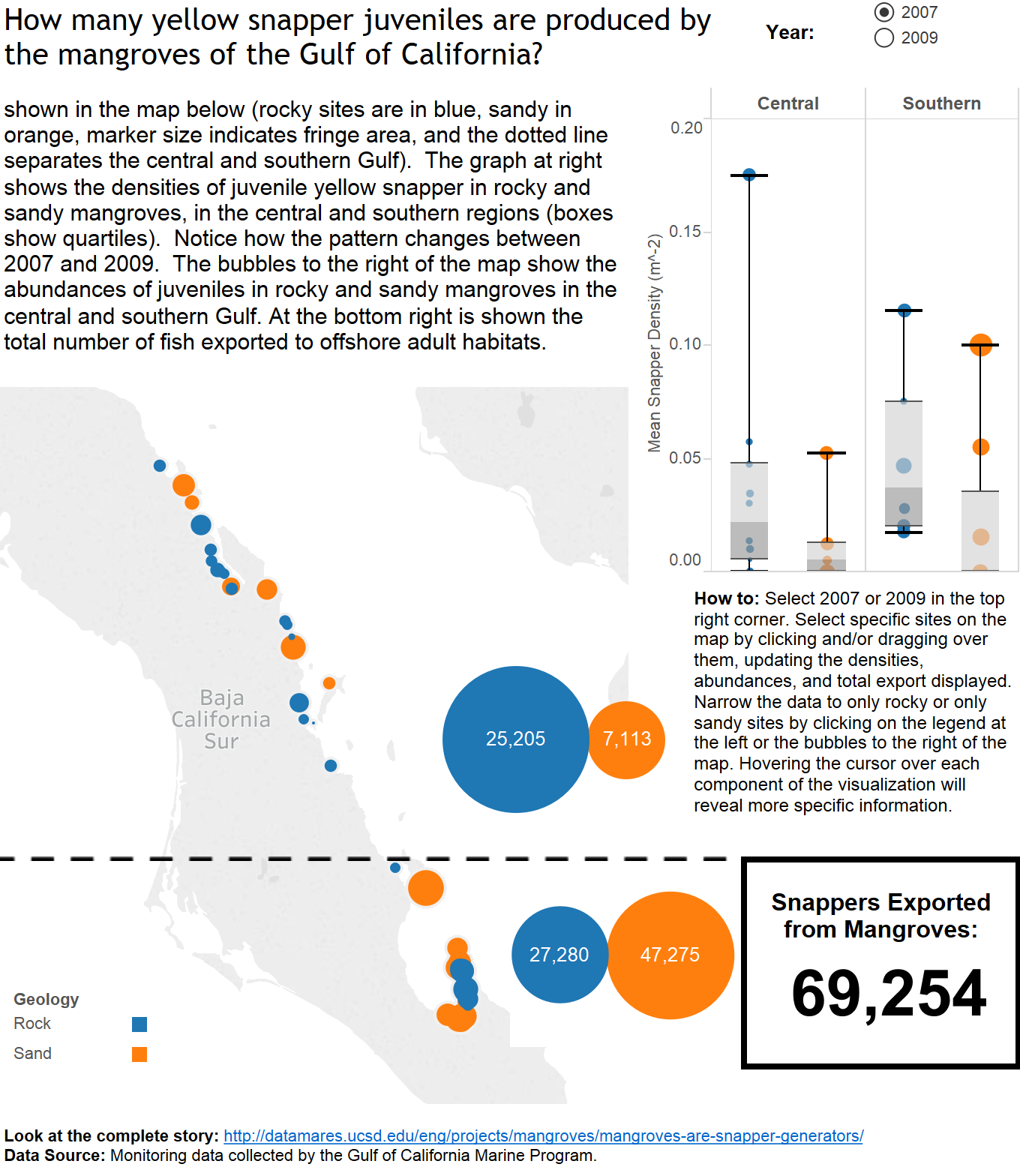 Our goal in this study was to estimate the number of yellow snapper “exported” each year by the isolated mangrove patches of the Gulf of California. We used data from years 2007 and 2009 of our ongoing monitoring of coastal lagoons throughout the Gulf of California (3). At each of our 41 mangrove sites, we visually surveyed underwater transects (50 m × 2 m), counting yellow snapper juveniles (5 – 7 cm long) to calculate juvenile densities (number of fish per unit area). For the forests that we were not able to survey in a given year, we assumed the density of juveniles to equal the average density in similar forests in the Gulf, with sites grouped by region (central or southern Gulf) and substrate geology (rock or sand).

We calculated the area of fringe habitat for juvenile snappers using satellite image measurements of each forest’s area and the known relationship between total mangrove area and fringe area (4). Multiplying the area of fringe by the average density of juvenile snapper gives the total abundance of juveniles for that forest. In any given year, only one year class of juvenile snappers can be found among the mangrove roots. We could therefore use these site abundances to estimate the number of fish that leave each forest each year. By taking into account the mortality rate of individuals migrating from mangrove roots to rocky and boulder reefs, we accurately estimated the number of fish added to these offshore habitats each year.

The densities of juveniles in the mangrove roots environment varied with region and substrate geology, with different patterns seen in 2007 and 2009. In 2007, densities of juvenile yellow snapper in rocky mangroves were double those in sandy mangroves. In 2009, the difference between rocky and sandy mangroves disappeared, and instead region proved to be a large effect: northern mangroves had densities seven times greater than southern mangroves. Altogether, we estimate that each year the Gulf’s mangroves exported about 67,000 yellow snapper juveniles, or 2,000 juveniles per km2 of mangrove fringe. With these figures in mind, it is clear that mangrove land use should be taken into account in efforts to manage yellow snapper fishery, an important component of the Gulf of California’s fisheries.