Relationship between size of polyps and the distribution of sea fans in the Gulf of California. 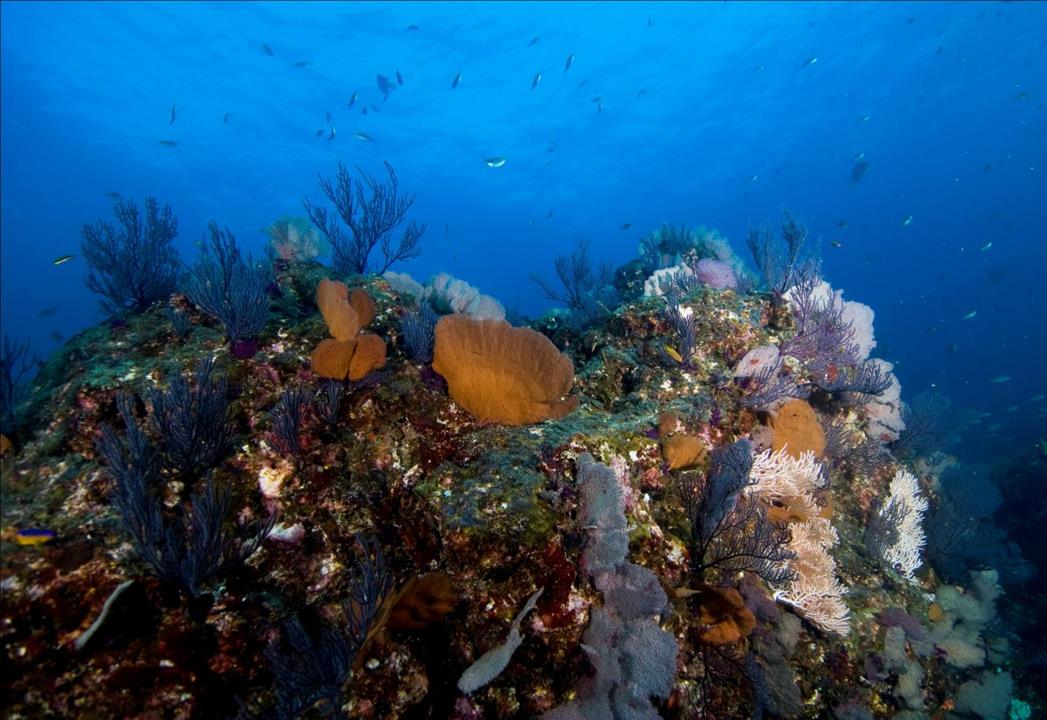 Sea fans, or soft corals, which can form extensive underwater forests, are the dominant group of marine invertebrates in rocky reefs in the Gulf of California (GoC)1. In the GoC, information about this group is scarce and the reason they are abundant or the factors that determine their distribution are unknown. 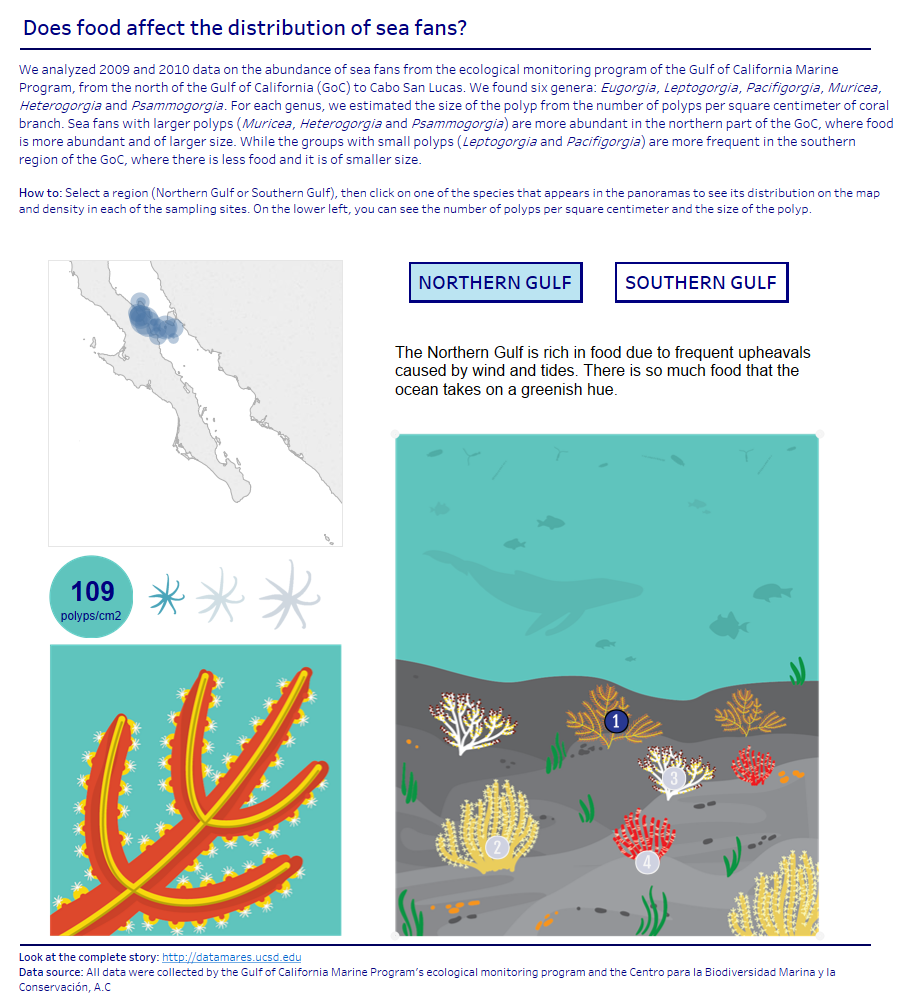 Both soft and rocky corals are made up of colonies of small individuals called polyps and each of them has tentacles that surround their mouths, which they use to capture their small prey and ingest them. The size of the polyps varies by species and therefore the amount of food they can capture also varies. Our observations have shown that the presence of certain species of sea fans at different sites in the GoC is associated with polyp size and the amount of food captured. That is, the species with large polyps are more frequent in sites where food is more abundant, and vice versa.

We analyzed data on the abundance of sea fans from the Ecological Monitoring Program of the Gulf of California Marine Program for 2009 and 2010, from the northern GoC to Cabo San Lucas in the south. The size of the polyp was estimated by genus, from the number of polyps per square centimeter in the coral branches. In addition, we took into account the productivity distribution gradient reported in the scientific literature to analyze if there is a relationship between this and the distribution of the studied sea fans3.

We found six genera: Eugorgia, Leptogorgia, Pacifigorgia, Muricea, Heterogorgia and Psammogorgia. We believe that coral species of these genera, and their polyps, are adapted to the frequency and size of food in the locations where they are distributed. We found that sea fans with larger polyps (Muricea, Heterogorgia and Psammogorgia) are more abundant in the northern region of the GoC, where food is more abundant and is of larger size. On the other hand, the small polyp groups (Leptogorgia and Pacifigorgia) are more abundant in the south of the GoC, where there is less food and it is of smaller size. The association, large polyp / high productivity could be explained because during winter-spring there are strong northern winds in the north of the GoC that mix cold waters that come from the bottom of the sea, while the tidal currents re-release the nutrients towards the surface, enriching the water column and producing more food2. On the other hand, in the southern GoC, the water is warm year-round, and with weak winds, the deep water mixture is not so strong and therefore food is scarce.