Tying it all together.

The Gulf corvina (Cynoscion othonopterus), a large marine fish endemic to the Upper Gulf of California, whose migration to its only known spawning grounds in the Colorado River Delta, supports one of the most productive artisanal fisheries in Mexico. 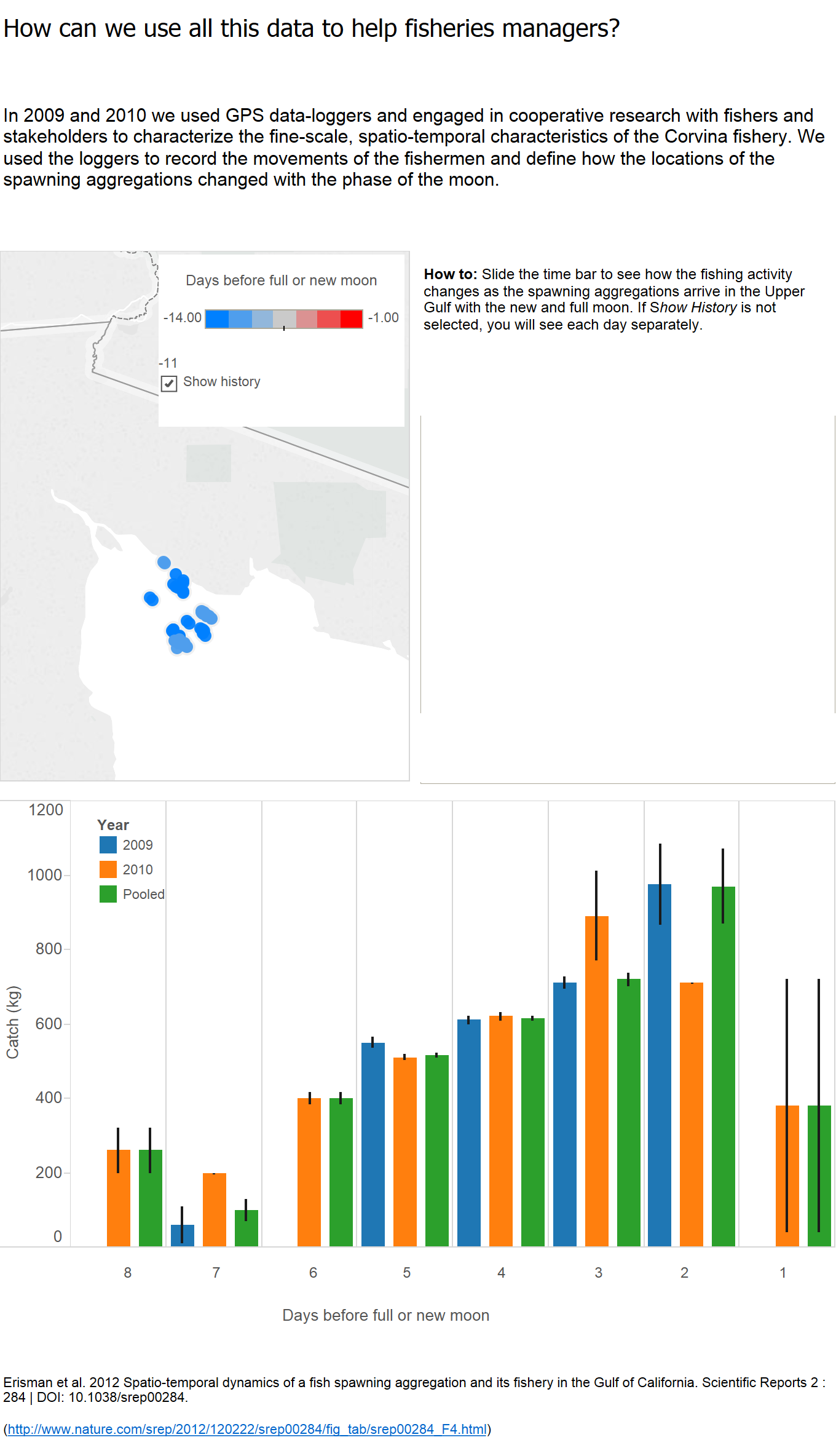 Gulf corvina aggregate to spawn in the shallow estuaries and channels of the Delta from late February to May, with spawning reported to occur during the peak spring tides (i.e. new and full moons). The commercial fishery for C. othonopterus targets its spawning aggregations, in which small fishing boats (pangas) use gill nets to harvest large volumes of fish as they move into the river mouth to reproduce.