What is the exploitation status of fisheries resources in the Gulf of California?. 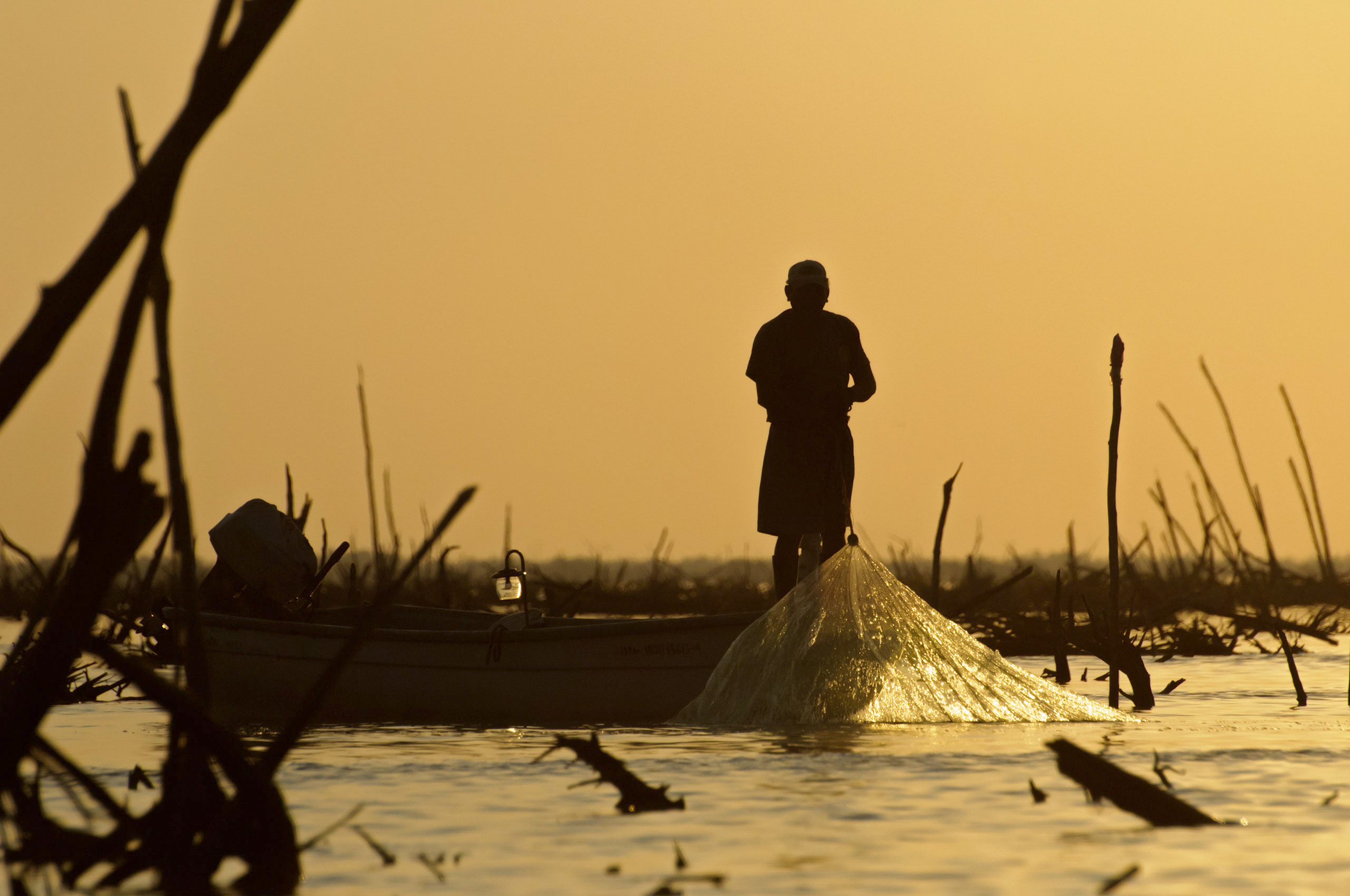 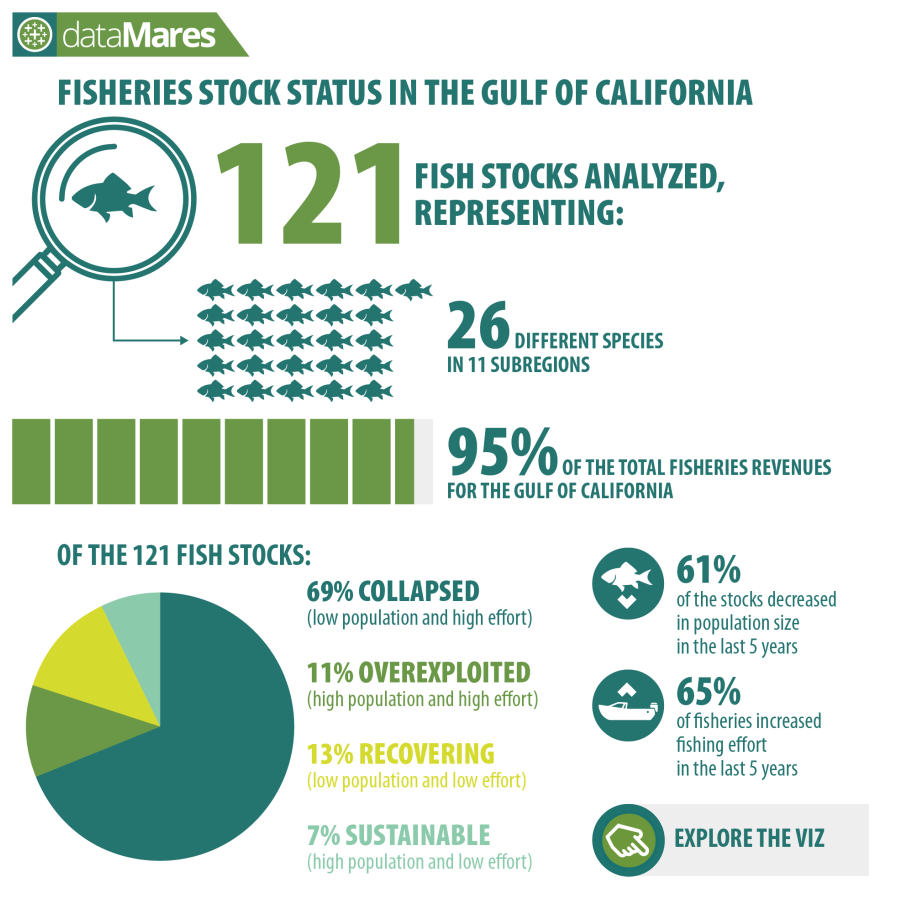 Traditionally, estimating the total biomass and effort in a fishery is done through data intensive methods, which require extensive samplings both derived from fishing boats and from scientific expeditions. These assessments are expensive to perform, thus limiting the number of species that could be periodically assessed, and often being performed primarily for species of high commercial importance. We use a new method that does not require such extensive data to estimate the stock status for the artisanal fisheries in the Gulf of California (1). This method works by using only the official national fisheries landings reported to CONAPESCA from 2001 to 2016 (2). To increase our precision, we also incorporate estimates of Illegal Unregulated and Unreported (IUU) catch and historical landings as reported to FAO (3).

We divided the Gulf of California in 11 sub-regions to separate different stocks of similar species because although the same species could live in two sub-regions, the populations will mostly stay geographically separated throughout the year. For this study, we only evaluated the fisheries that represented 95% of the total revenues per subregion, accounting for a total of 121 fishery stocks.

In 2016, out of the 121 fisheries stocks analyzed in the Gulf of California, 69% were collapsed, 11% were overexploited, 13% were recovering, and 7% were sustainable. Overall, 82% of the stocks had a biomass below the MSY, and 80% were subject to unsustainable fishing efforts. Notably, in 5 years (2012-2016), the biomass of 61% of the stocks decreased and the effort increased for 65% of them. This means that in future years, if no active regulations are applied to preserve fishery resources, more stocks will collapse and be subjected to unsustainable fishing pressure.

Our results provide the first systematic stock assessment for a wide range of artisanal fisheries in the Gulf of California. This is an important first step towards generating a system of fisheries assessments that could be extended to the rest of the country and updated every year as new landings data become available.