What is the value of mangrove blue carbon? 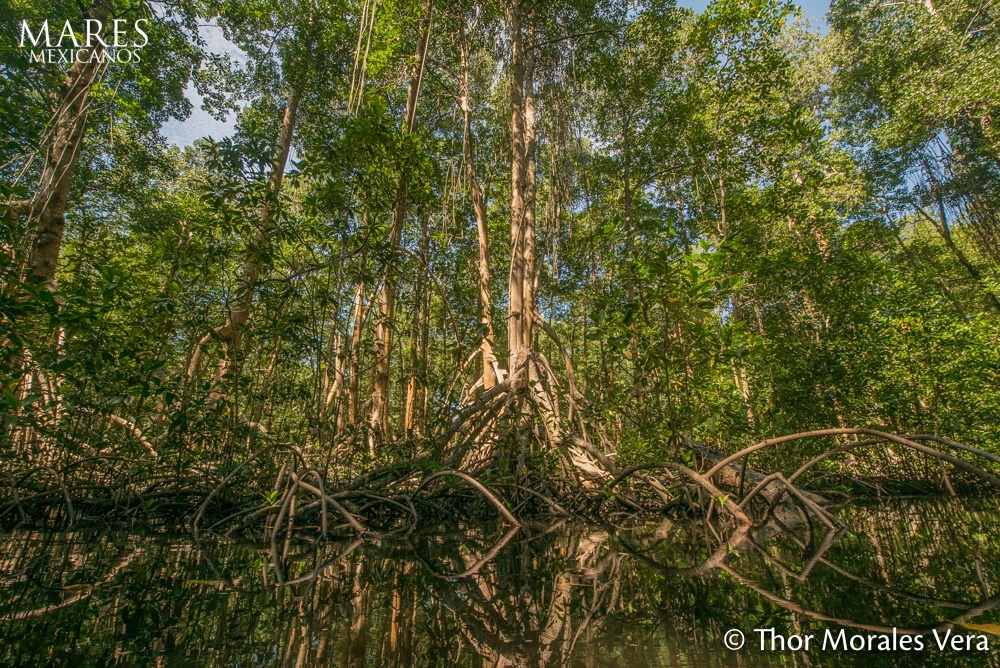 There is a gap between the extensive research on mangrove’s ability to capture and store carbon and the implementation of policies to conserve these vital ecosystems. Mangroves are important because their carbon sequestration can offset human emissions of carbon dioxide to the atmosphere, and they protect large carbon stores that can be released if the ecosystem is degraded [1,2]. The emissions resulting from deforestation contribute to climate change, with effects harmful to humans and referred to here as “damages”: increases in ocean acidification, oceanic and atmospheric warming, and storm frequency [3,4]. These damages represent a portion of the cost of deforestation stemming from increased emissions and prevention of carbon sequestration. Despite laws banning the deforestation of mangroves, government programs have not been established that explicitly account for this ecosystems’ carbon uptake (5). The Mexican Government recognizes the importance of mangroves to mitigate and to adapt to climate change, but concrete action is needed (6). In this study, we developed a prioritization scheme to understand where to concentrate conservation efforts to prevent the highest damages. We set out to answer these three questions:

Using global ecological models, we analyzed data in geographic information systems to calculate how much carbon is sequestered and stored in each municipio. Next, we utilized the economic theory of the social cost of carbon to estimate the damages from deforestation. Finally, we used this data and the relative economic impact of carbon sequestration, calculated by dividing the value of carbon sequestration by municipio GDP, to understand where conservation would be the most effective for reducing damages from carbon emissions.

Deforestation continues to occur at a rate of 0.43% per year. If this rate of deforestation is continued for the next twenty-five years in Mexico, damages will exceed 400 million dollars. For each hectare deforested in the present year, the damages will be around $21,000 without considering the many other ecosystem services mangroves provide. To prevent these damages, concentrating efforts in 25 municipios would prevent 50% of damages. We suggest that Mexico’s 2020 Nationally Determined Contribution, a document specifying their climate goals under the Paris Agreement, include specific and implementable objectives for mangrove conservation that prevents damages from deforestation.

Financial support was provided by the Helmsley Charitable Trust and Lucile Packard Foundation. MTC was supported by a National Science Foundation Graduate Research Fellowship. JK received fellowship support from the Baum Foundation. OAO is a Pew Marine Fellow. We thank both Marcia Moreno-Baez and Heidi Batchelor for their support in the GIS analysis and Lisa Levin and Mark Jacobsen for advice and support.