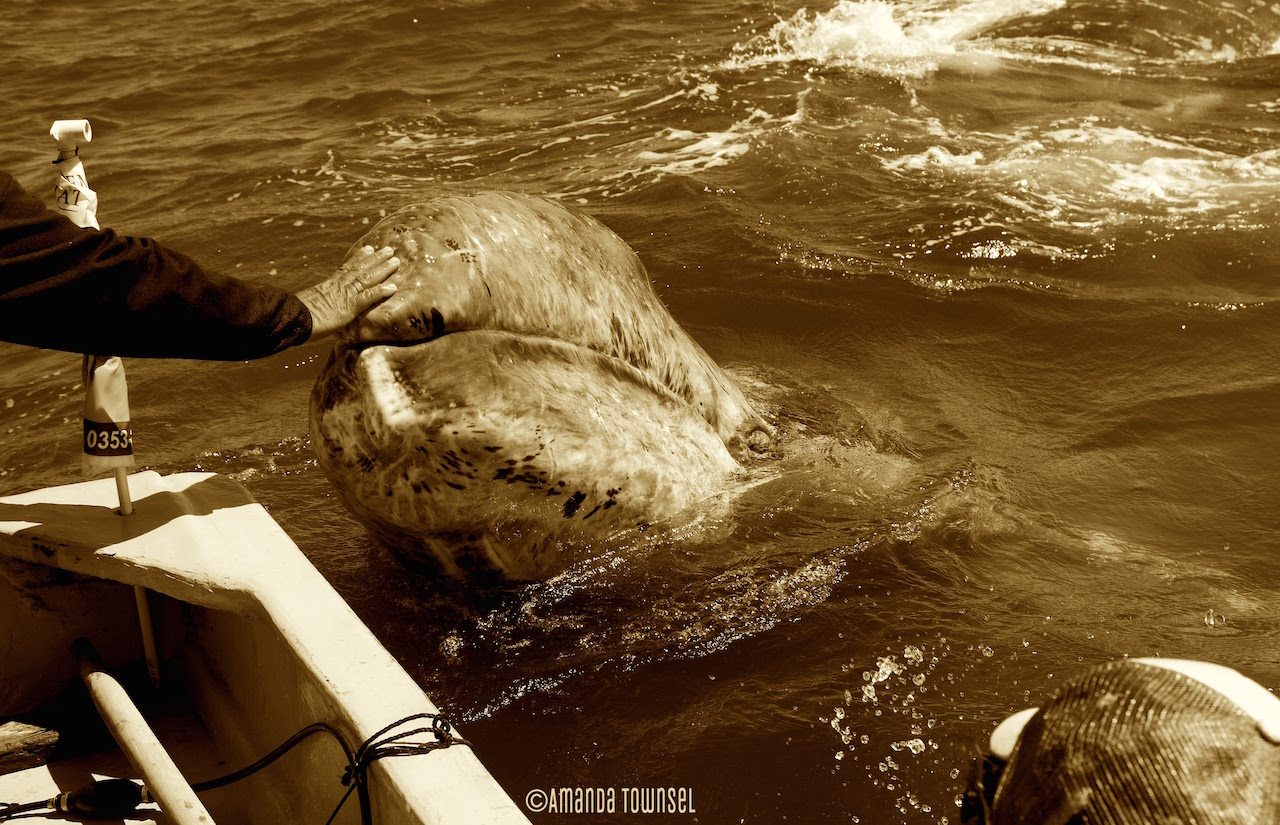 With the unstoppable (1) growth of the tourism industry expanding further into remote, natural areas, efforts must be made to balance the needs of the environment, visitors, and local economy. In some areas with nature-based tourism activities, such as Baja California Sur in Mexico, some operators have adopted ecotourism as a means to achieve this balance. 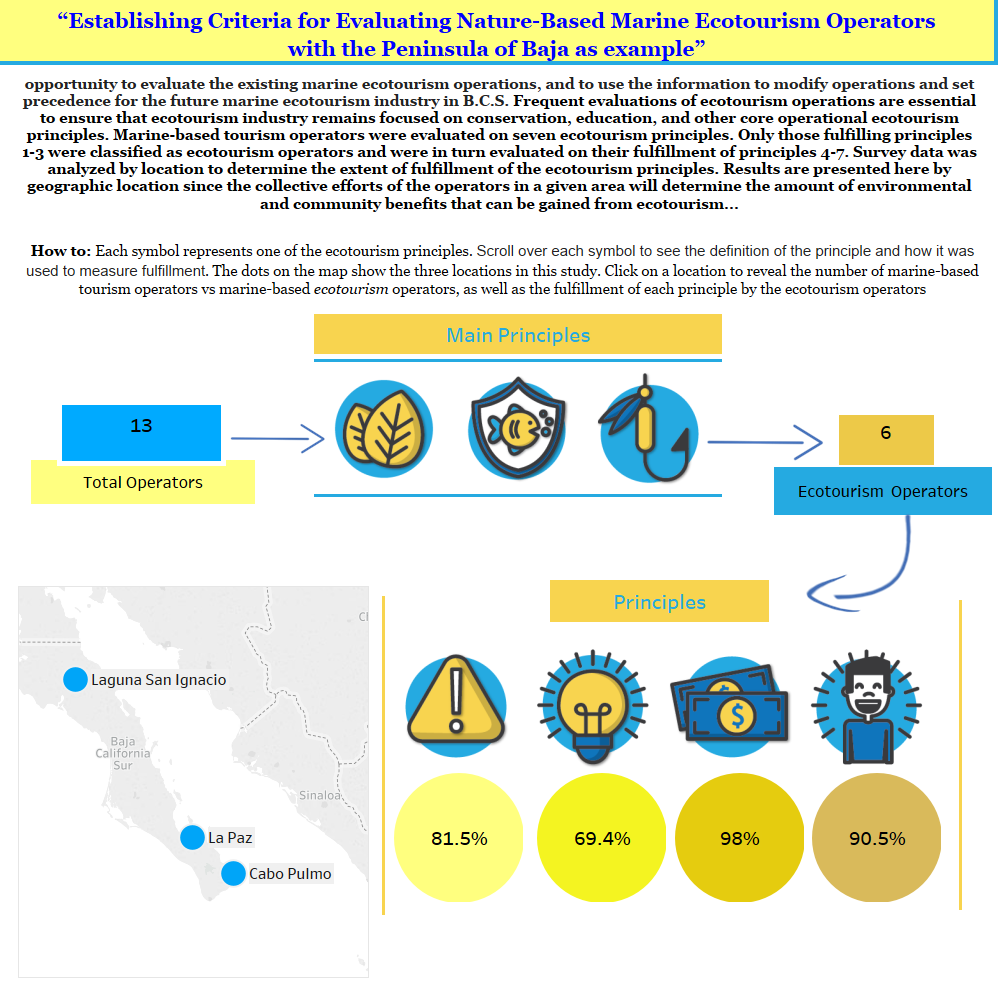 To date there is not a universal definition for ecotourism, partly because it encompasses so many different locations and activities. While a 2001 study found 85 unique definitions for ecotourism (2), it also found some basic operational principles across most definitions. The absence of a substantial definition has allowed ecotour-ish(3) operators to misuse the label for their own benefit (4). These ecotour-ish operators offer nature-focused activities without the intent to protect the environment or support the local community, but rather just to increase their profits.

Instead of creating another inadequate definition for ecotourism, we created site-specific operating principles (the use of “site” refers to Baja California Sur since the cultural, social, ecological, and political atmosphere is similar across the three locations) since ecotourism in each location seeks to sustainably balance the needs of the environment, visitors and local community. A literature review was undertaken (5), which considered a broad representation of professional publications. Each publication presented a set of unique ecotourism operational principles, which were then categorized into common themes, such as conservation, education, reducing impacts, and local community benefits.

The most common themes were adapted to create seven ecotourism operational principles:

Utilizing the comprehensive list of marine tourism operators from a prior study, marine-based tourism operators in three locations in Baja California Sur were evaluated to determine their fulfillment of the first three ecotourism principles. Laguna San Ignacio, La Paz, and Cabo Pulmo are ecologically important areas with established marine tourism industries. Operators were rated on the extent to which they met the definitional standards of the principles and had to completely fulfill the first three principles to be classified as a marine ecotourism operator. Those that classified were then invited to participate in a survey containing questions created specifically to evaluate the operator’s fulfillment of the remaining four principles. The fulfillment of these 4 principles was rated as a percentage.

Looking at the locations individually, Cabo Pulmo fulfilled 84.4%, San Ignacio fulfilled 84.9% and La Paz fulfilled 71.5% of evaluated principles. The similar results of Cabo Pulmo and Laguna San Ignacio are likely due to the similarity of both locations; semi-remote areas that utilize marine protected areas for tourism activities, with a small amount of operators and supportive communities.  La Paz’s lesser fulfillment may be due to contrasting conditions; some of La Paz’s activities occur outside of marine protected areas, and are not as tightly regulated as the activities that occur within the protected areas. Also, La Paz is a larger city with more operators than the other locations, which could make it more difficult for operators to coordinate their efforts to protect the environment and increase socio-economic benefits.

The author would like to thank all of the marine ecotourism operators that took the time to not only complete the surveys, but to share their personal opinions and experiences. She is indebted to her capstone committee, Dr. Matilde Córdoba Azcárate, U.C. San Diego, and Dr. Octavio Aburto, Scripps Institution of Oceanography, for their time and support through all stages of this study, and especially to her committee chair, Dr. Andrew F. Johnson, Scripps Institution of Oceanography, who provided endless encouragement and assistance. This study was funded by the Scripps Institution of Oceanography, Center for Marine Biodiversity and Conservation for the fulfillment of degree requirement for Master of Advanced Studies in Marine Biodiversity and Conservation.