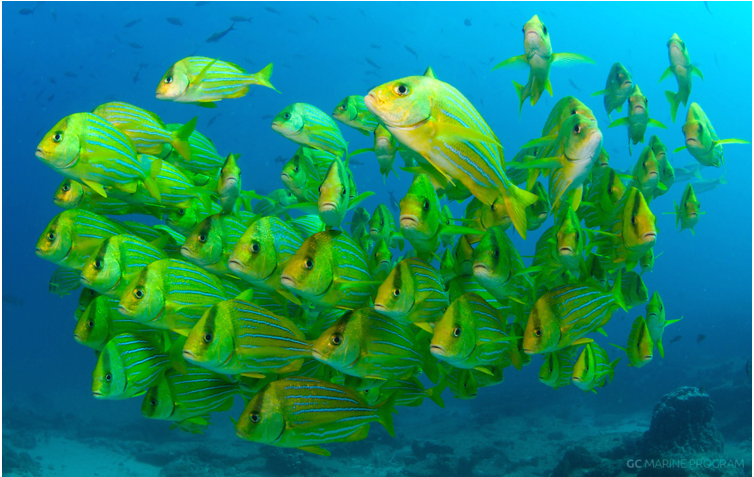 Counting fish is not an easy task and traditionally requires dive teams to spend many hours underwater swimming transect lines to visually estimate fish numbers. Hydroacoustics, a general term for the study and application of sound in water, is a more recent technique that can be used to quantify both fish abundance and biomass quickly and accurately without errors related to visual estimates. Hydroacoustic fish surveys or sonar surveys, were conducted inside and outside Cabo Pulmo National Park (CPNP) in early Spring 2015, with the aim of examining the effect of habitat type and protection from fishing on fish abundance, biomass, and size distributions. 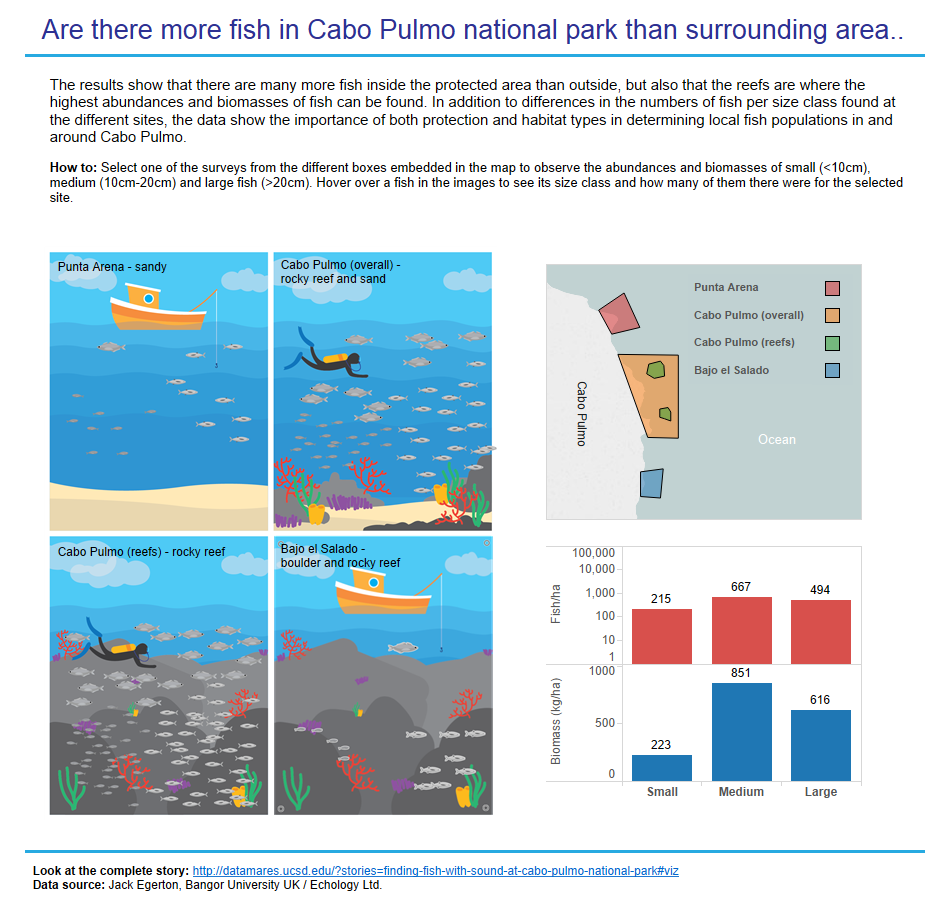 With a device that uses sound for the measurement of underwater physical and biological components, known as an echosounder, transects were completed inside (no-fishing areas) and outside (fishing areas) of the CPNP. This study conducted four surveys in different areas: (1) all habitats within the protected CPNP (e.g. sandy and rocky reef), (2) identified rocky reef habitats within the protected CPNP, (3) a fished sandy habitat control site north of CPNP (Punta Arena), and (4) a fished rocky reef habitat control site south of CPNP (Bajo del Salado).An echosounder sends pings of sound through the water column that reflect off the sea bottom and objects in the water column, and travel back to the receiver where they are recorded. Data on the time lag and strength of the returning echo are then processed in order to give information such as water depth and the numbers and sizes of fish present. The echosounder is linked with a GPS so that each ping can be geographically referenced, allowing for fish distributions to be mapped easily.

Below you can click on each of the four different survey areas on the map to see fish densities in terms of abundance (fish per hectares) and biomass (tonnes per hectares) for small, medium, and large fish in different habitat types and locations inside and outside of the protected National Park. Previous SCUBA surveys found that the closure of CPNP to fishing increased fish biomass by over 400% inside the Park (Aburto-Oropeza et al., 2011). Compare different surveys to see what our acoustic data say about the biomass of fish inside and outside the park.

Total mean number of fish was four times higher at transects within the CPNP (447 fish per hectare) vs. control areas outside the Park (115 fish per hectare). Rocky reef habitats in CPNP supported abundances of fish that were an order of magnitude higher (4211 fish per hectare) than those across the whole of the CPNP (e.g. sandy and rocky reef combined). Fish biomass was significantly higher in the CPNP rocky reef survey compared to all other sites, indicating that reefs within the Park support the highest abundances of fish and contain larger fish. Bajo del Salado had the fewest large fish followed by Punta Arena, combined habitats within CPNP, and finally rocky reefs within CPNP.