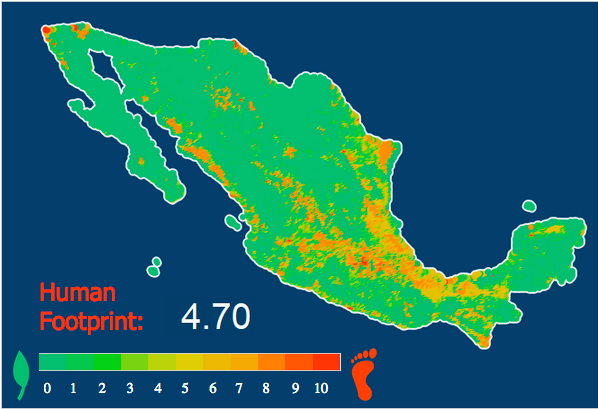 Ecological patterns and processes are influenced by human activities in two main ways: directly, by the transformation of land into infrastructure and productive areas; or indirectly, through the byproducts of human activities that might disperse away from their causal source and degrade ecosystem functions (e.g. agricultural runoff or urban pollution). Direct modifications of the land through human infrastructure (human settlements, transportation pathways, and power lines) and productive areas (agriculture, aquaculture, forestry, and cattle ranching) have increased in Mexico during the last century as a result of accelerated human population and economic growth. We used publicly available data (1) on land use and transportation corridors to calculate the Human Footprint index (HF, a measure of the intensity of land use changes from the original native ecosystem) for the whole of Mexico to identify the large-scale spatial patterns of anthropogenic transformation. With this HF index we were able to quantify patterns that are often known, or suspected, but not amenable to rigorous statistical analysis and hypothesis testing. 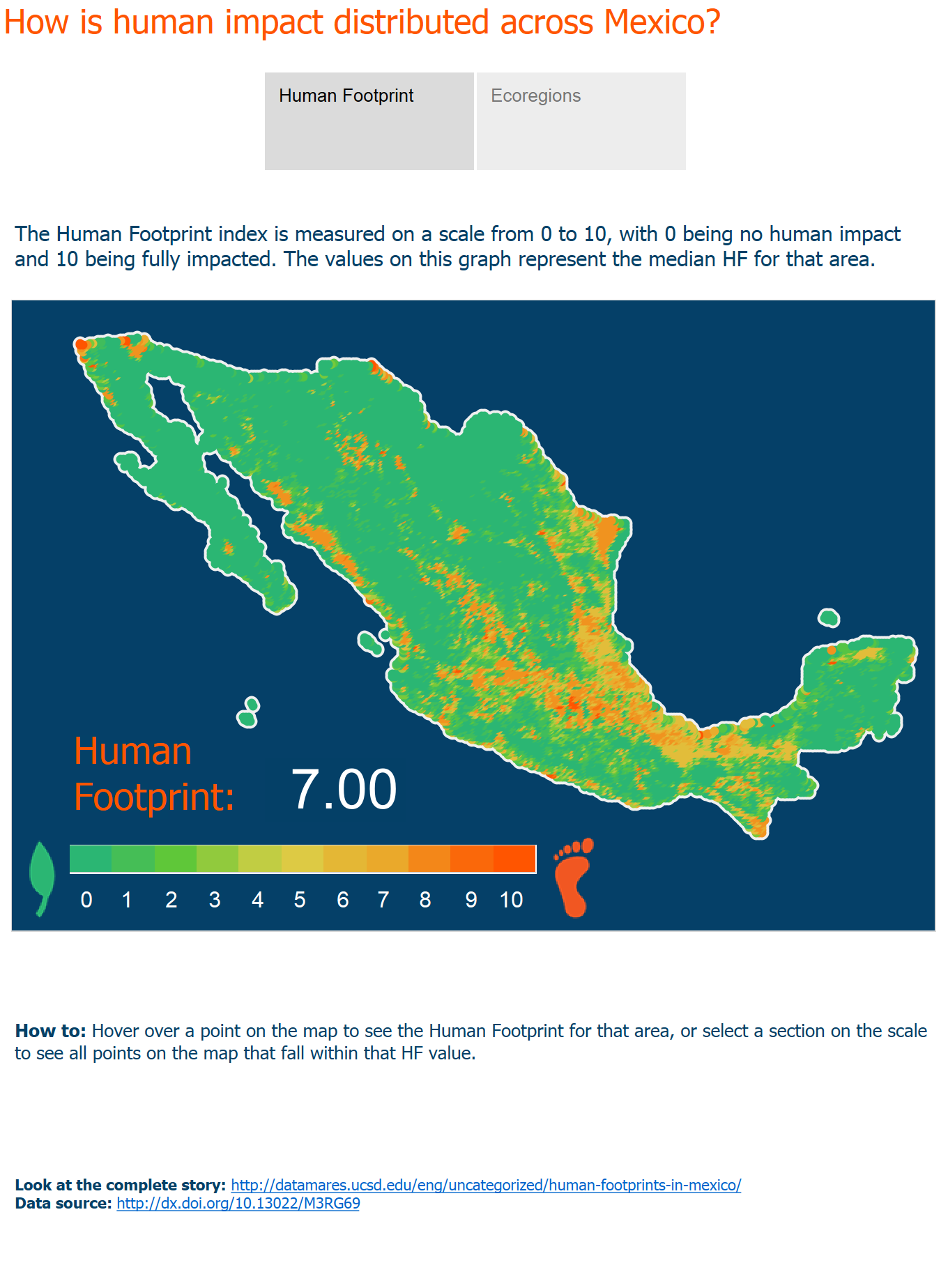 Major findings:
Overall, we found that 56% of Mexico’s land surface remains in the “low” human impact category. These areas are, however, not evenly distributed across the country or its ecoregions (2). The lowest footprint values are found in the arid north and northwest, and the tropical southeast, while the highest values run along the coast of the Gulf of Mexico and along an east-to-west corridor that follows the Mexican transversal volcanic ranges and the associated upland plateau. Within ecoregions, these general patterns harbor a complex mosaic: the generally well-conserved Mexican deserts contain some highly transformed agro-industrial areas, while many small but well-preserved, low footprint areas still persist among the highly-transformed ecoregions of central Mexico. Analyzing Human footprints allows an easy way to classify human impacts on ecosystems across large spatial scales. In the current case, they help describe the processes to date that have governed human colonization and the development of Mexico. Such understanding is vital if we are to successfully design future development and conservation to meet the needs of a growing human population whilst protecting valuable ecosystems and the services they provide.