Kilos and Pesos. Interactions between fisheries catch and market value. 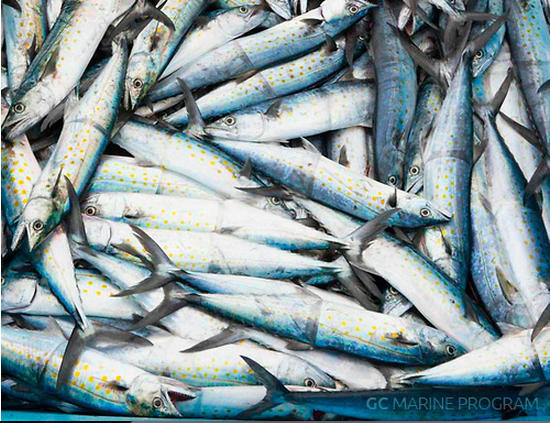 The fishing industry provides food both for human or animal consumption. It also provides livelihood to fishermen (12.5 million), processors, and producers globally (1). The exploitation of fish stocks can therefore be related to many factors including the natural abundance of the stock, the difficulty of fishing the stock, the market demand for the stock and the market price at the time of landing. In most cases, economy is the main driver behind commercial fisheries catch. Fishermen catch fish to make a living. When there is a profit to be made (whether it be through catch, or catch and subsidy) and conditions allow, fishermen will fish. 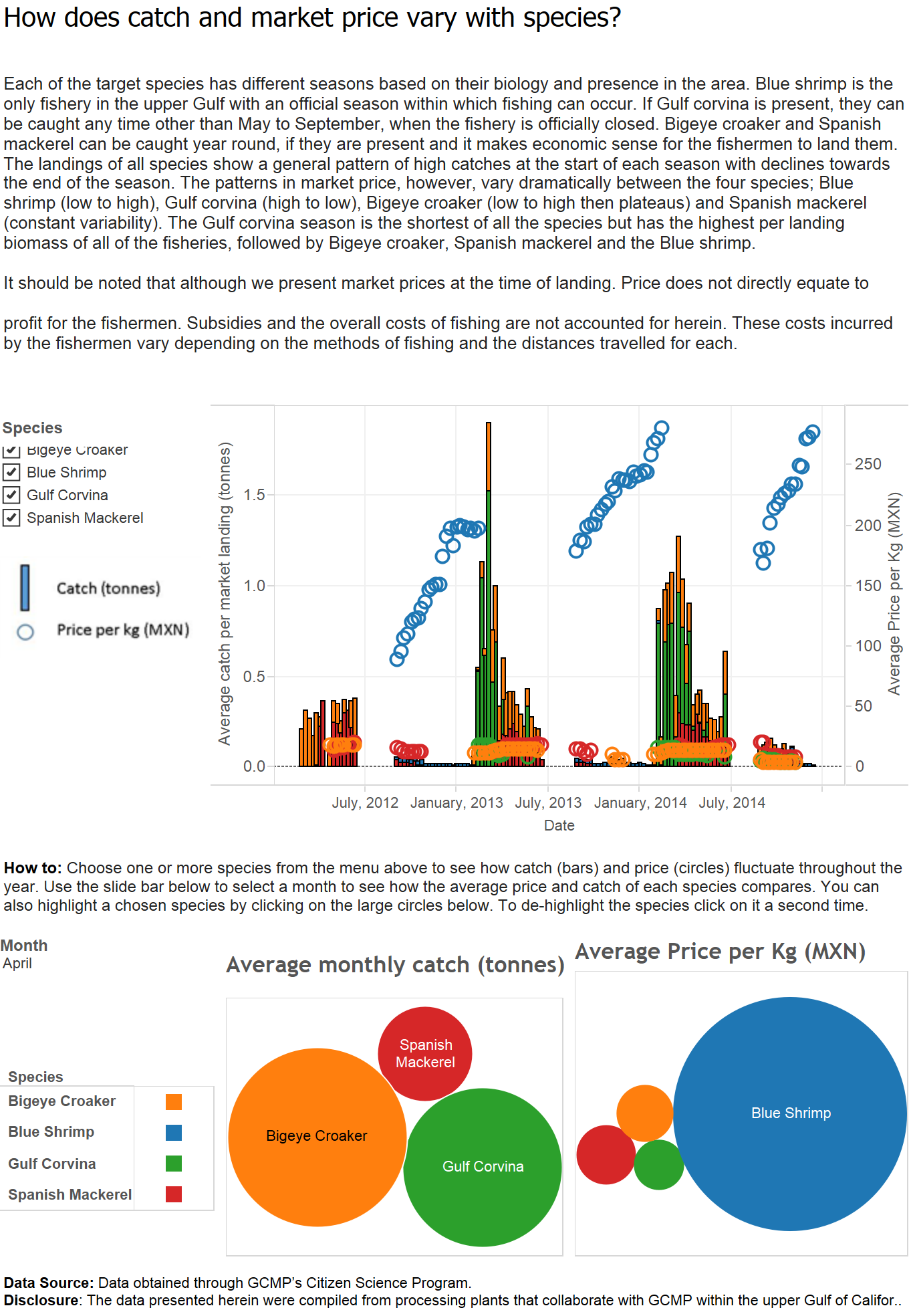 In general, the higher the market price for a catch, the more profit a fisherman will make. With differences in management regimes, subsidies, seasonality of catches, climate anomalies, varying market demands and external supply from aquaculture, the relationship between fisheries catch and market price is often complex. Increased catch does not always mean decreased market price as supply outstrips demand, nor does increased market price always drive higher catches. For many fisheries this complexity makes it difficult to forecast market prices as well as regulate catch based on the economic demands of the fishing industry. Here we demonstrate how the relationship between landed catch and market price can vary between species and times of year in the upper Gulf of California.

Although Blue shrimp (Litopenaeus stylirostris) has the lowest harvest biomass, it is by far the most important species in terms of economy in the upper Gulf of California. The Blue shrimp fishery also has the most predictable and consistent (between years) catch and price of the four fisheries presented. The price of Blue shrimp is set by an international market and is approximately 6-18 times higher than the next most valuable species (Spanish mackerel). This makes it an extremely important resource for the communities in the upper Gulf. Large variability in the price and biomass landed for the Gulf corvina (Cynoscion othonopterus), Bigeye croaker (Micropogonias megalops) and Spanish mackerel (Scomberomorus spp.) make it difficult to accurately predict both future catches and prices of these species. With such variability and low predictability, it is essential that management in the upper Gulf of California is flexible and able to meet both the economic demands of the local communities as well as the biological limits of the upper Gulf ecosystem.

We thank all of the collaborating fishermen and processors involved in GCMP’s citizen science program.