Marine habitat distributions in the Gulf of California. 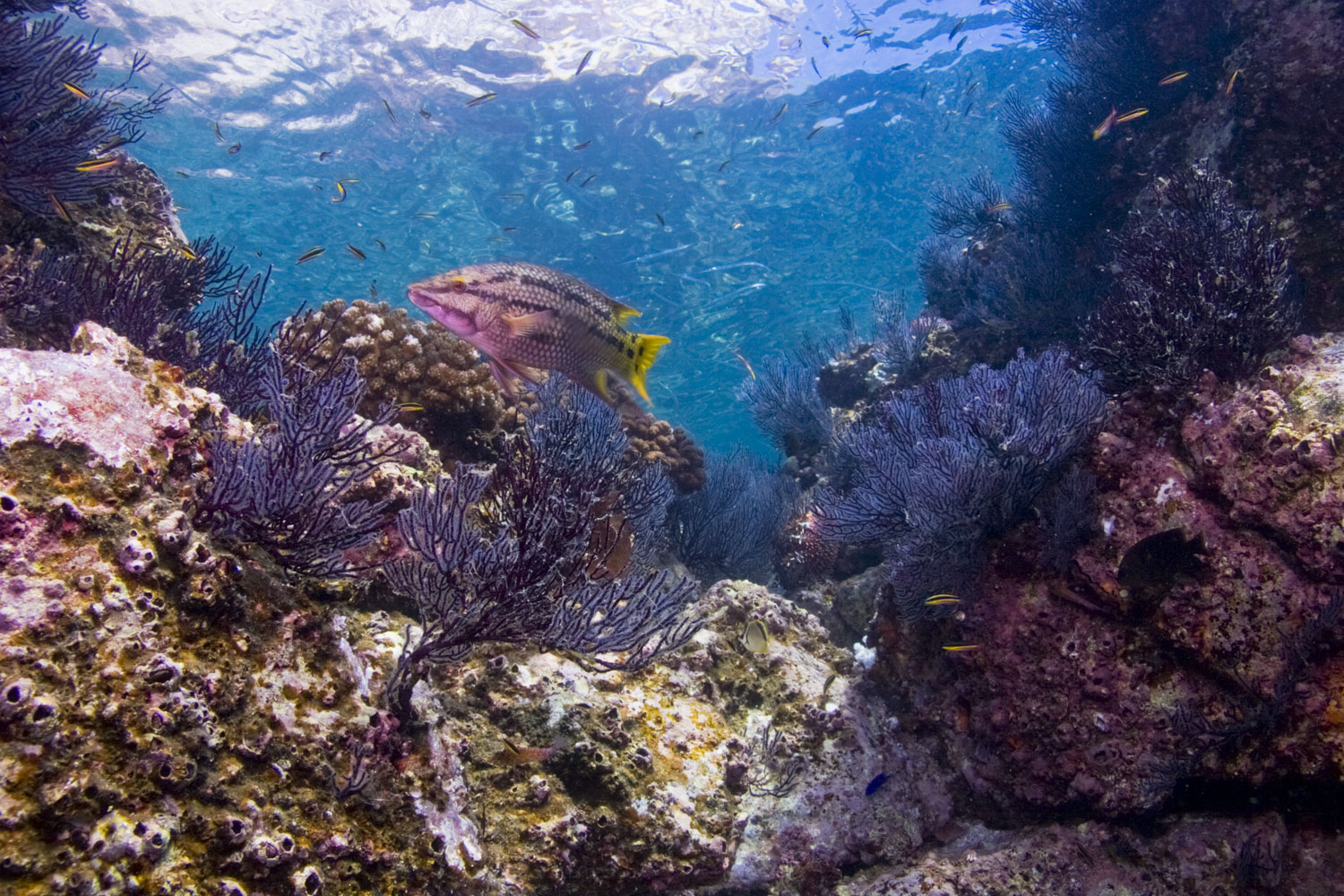 The value of nature and its contribution to human well-being and development is being increasingly appreciated by researchers, communities, and governments. Calculating the economic benefits of an ecosystem service in order to justify the sustainable use and/or conservation of a resource or area is often necessary to validate the actual cost of conservation action, but it is not easy. It requires scientists, economists, and potentially sociologists and engineers, to work together in complex systems, sometimes over long periods of time where there could be little or no data. Considering the often large spatial scales involved, blurred national boundaries, and many unknowns present in marine ecosystems globally, the task of calculating ecosystem wealth proves a considerable challenge to conservation science. 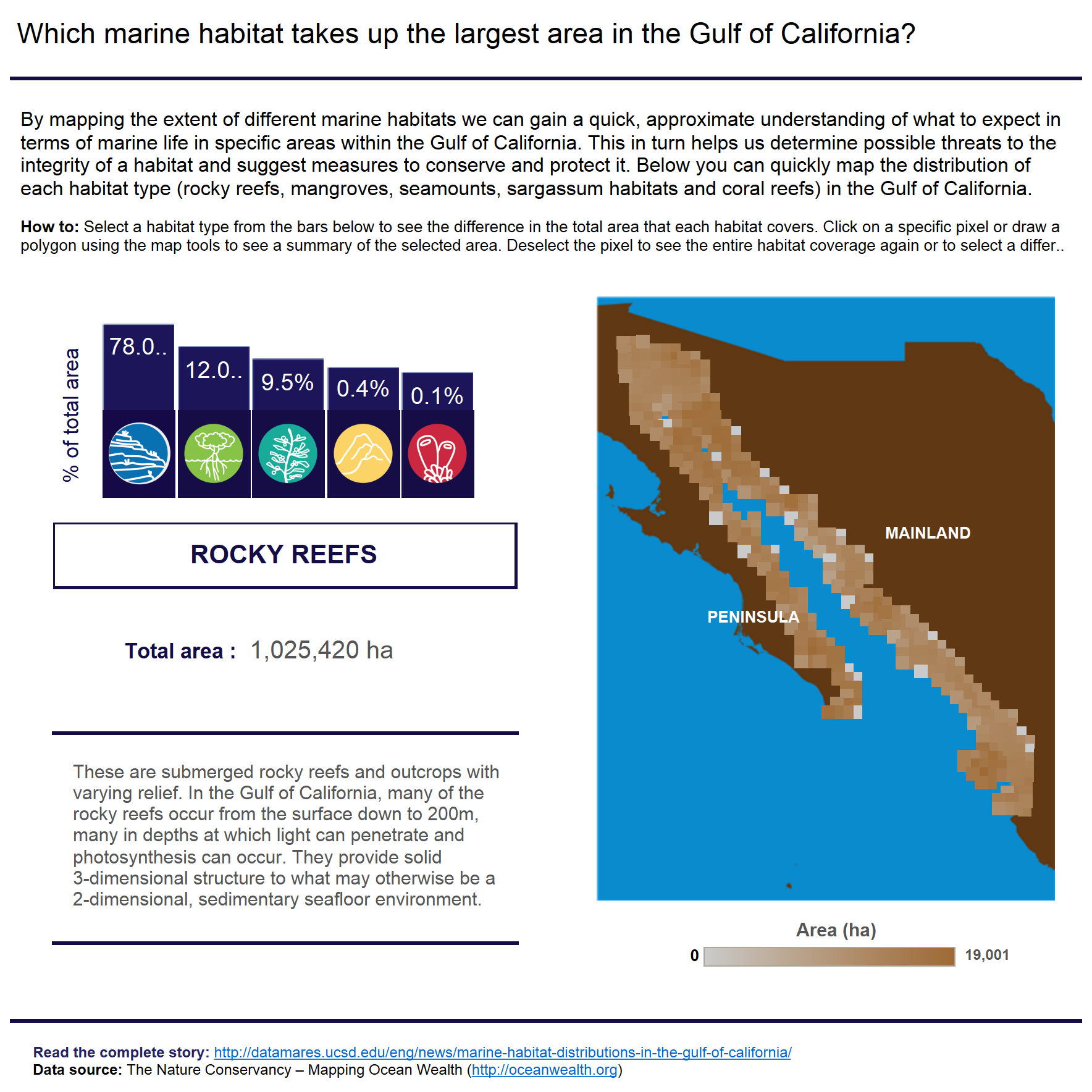 The Gulf of California between the Baja California peninsula and the Mexican Mainland is an area of outstanding marine diversity, productivity, and economic importance. Marine fisheries in the region account for 70% of Mexico’s total fisheries catches and coastal ecotourism is booming with improvements in transport infrastructure coming to a once isolated region (1). The story is not, however, all rose-tinted. The majority (60%) of Mexican fish stocks are fished at or above sustainable levels, threatening both the ecological and economic stability of this large marine ecosystem (2).

Many fish species rely on different habitats during their life-cycle stages. Juveniles often confine themselves to structurally complex habitats where they can find shelter and feed, moving further offshore when they are large enough to evade common predations. The knotted, complex roots systems of mangrove forests provide sanctuary for the juveniles of many commercial species, which migrate to rocky reefs during their adult lives (3,4). For species following this life-cycle pattern, the abundance and health of such habitats, including Sargasso beds, are directly linked to adult population numbers and are echoed clearly in fisheries catches. A healthier habitat means more healthy fish and therefore more opportunities for productive fisheries. This ultimately leads to better local and regional livelihoods and economies.

In collaboration with The Nature Conservancy (TNC), the Gulf of California Marine Program at the Scripps Institution of Oceanography in San Diego is currently working to calculate the wealth of fisheries in the Gulf of California. The project aims to calculate the economic worth of habitats in the Gulf based on the amount of fisheries revenues they bring to surrounding areas. This involves expressing the amount of habitat that is used by juvenile commercial fish species in terms of commercially viable fish populations, accounting for natural mortality and exploitation rates from local fisheries. Here we present a series of map layers that can be used to estimate the spatial extent of the different habitats important for commercial fish populations in the Gulf.

Of the habitats we mapped, Rocky Reefs dominate the Gulf of California, the majority of them occurring along the Baja Peninsula. Mangroves are the next most abundant habitat type occurring mainly along the Mainland side of the Gulf. Seamounts are sparse but appear mainly in the south east of the Gulf, whilst sargassum is present largely in the northeast. Coral habitats are rare and occur only at the tip of the peninsula, at the northern end of their distribution.

We wish to thank our collaborators in the Mapping Ocean Wealth team from The Nature Conservancy.