Richness, density and biomass as measures of health. 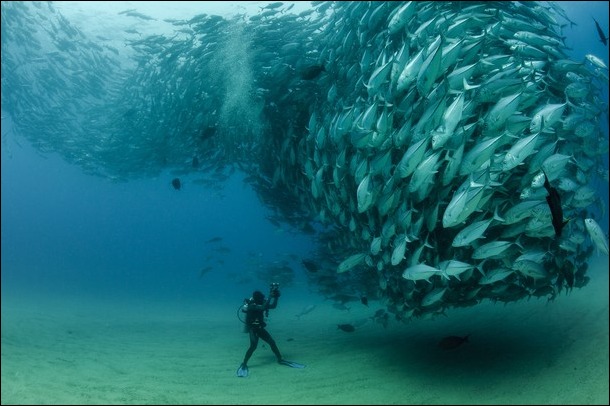 There is a huge difference between the rocky reefs in the Gulf of California that have been exposed to fishing and those that have been left untouched. Regularly fished reefs show significantly different species composition to those left unfished. Not only does the type of species change but also the densities, as exposure to fishing changes. 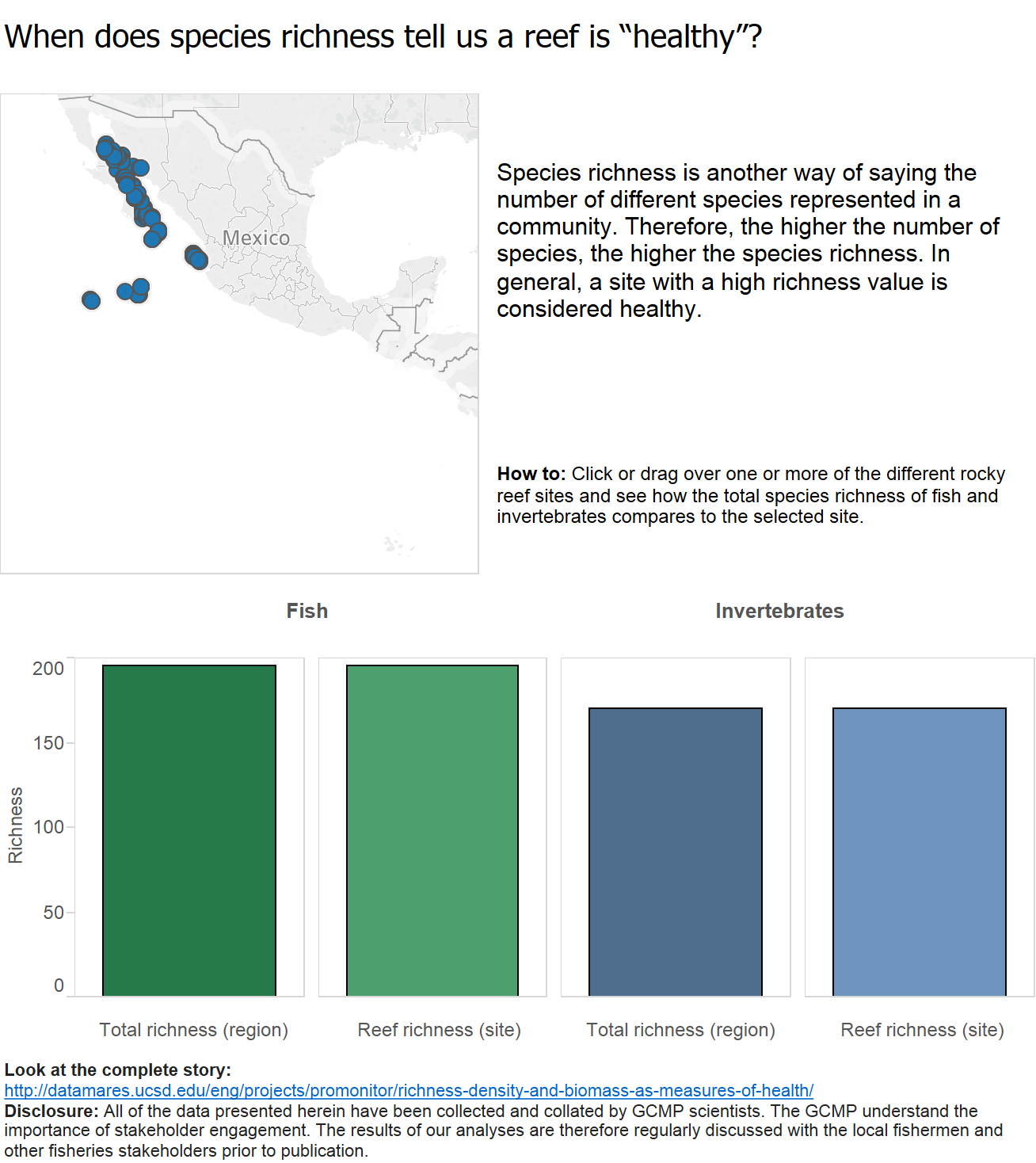 Major findings: GCMP scientists found that reefs that are frequently visited by fishermen show low species richness (fewer species), and show higher densities of invertebrates like seastars and sea urchins than sites that are unfished and left to nature. Unfished sites have comparatively higher species richness (more species) and higher densities of the bigger fish species.