Sardine fishery collapse in the Gulf of California. 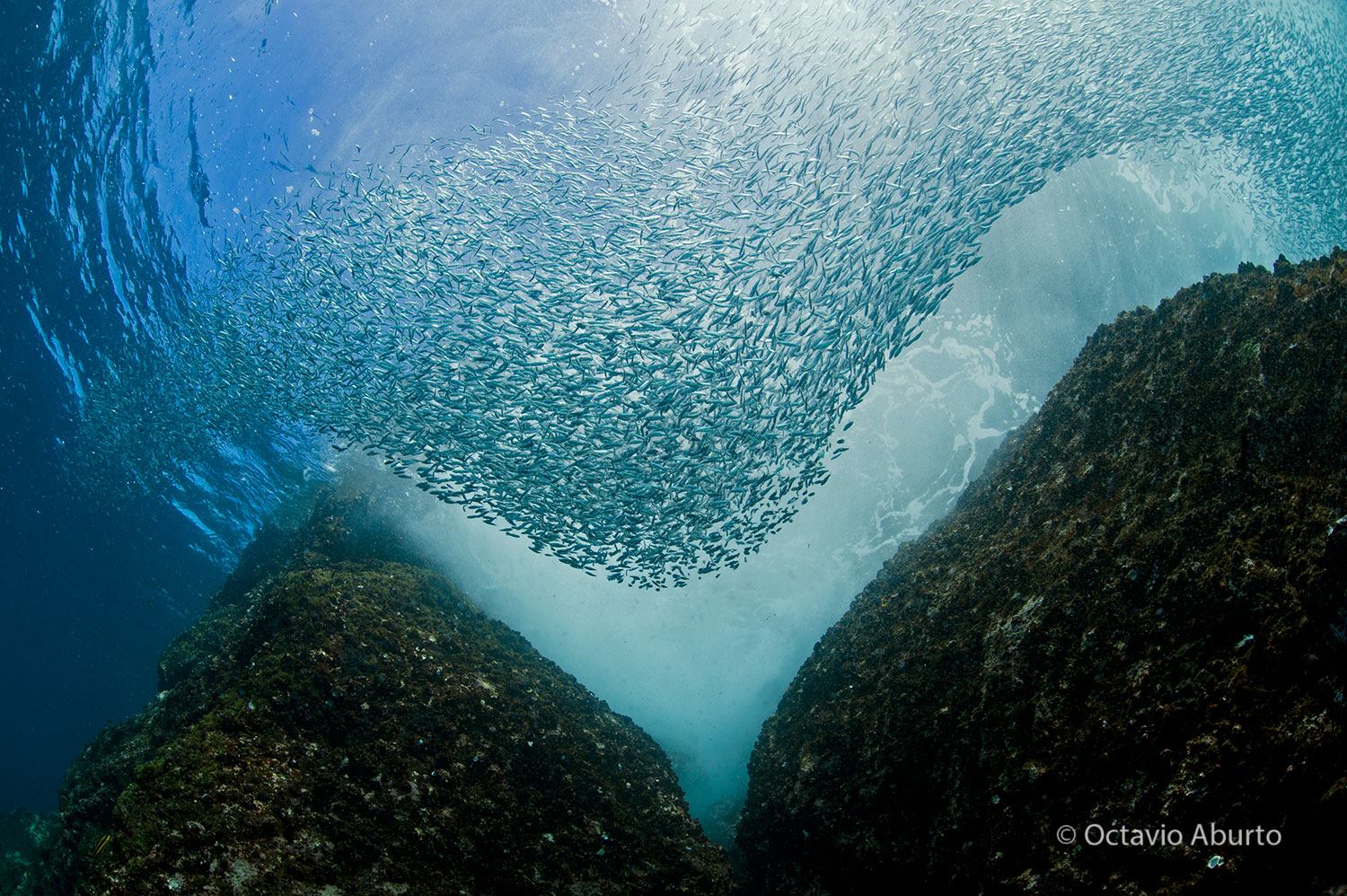 Sardines and anchovies are small pelagic fish (also known as forage fish), low in the food chain that make-up approximately 25% of the world’s commercial fishery catches [1]. These fish are also an important food source for many species higher up the food chain such as carnivorous fishes, seals, sea lions, dolphins, whales and seabirds [2,3]. As Mexican fisheries developed in the 1970’s in the Gulf of California, the sardine fishery provided a lucrative business for many fishermen in the state of Sonora. By the mid 1980’s catches were high and many fishermen were making a good living from these tiny fish [4]. Displaying the data presented by Velarde et al. (2004) [5] we describe the history of the Gulf of California sardine fishery up until 2013, using landings and fishing effort data from 1969 to 2013, highlighting the collapse that occurred in 1992. 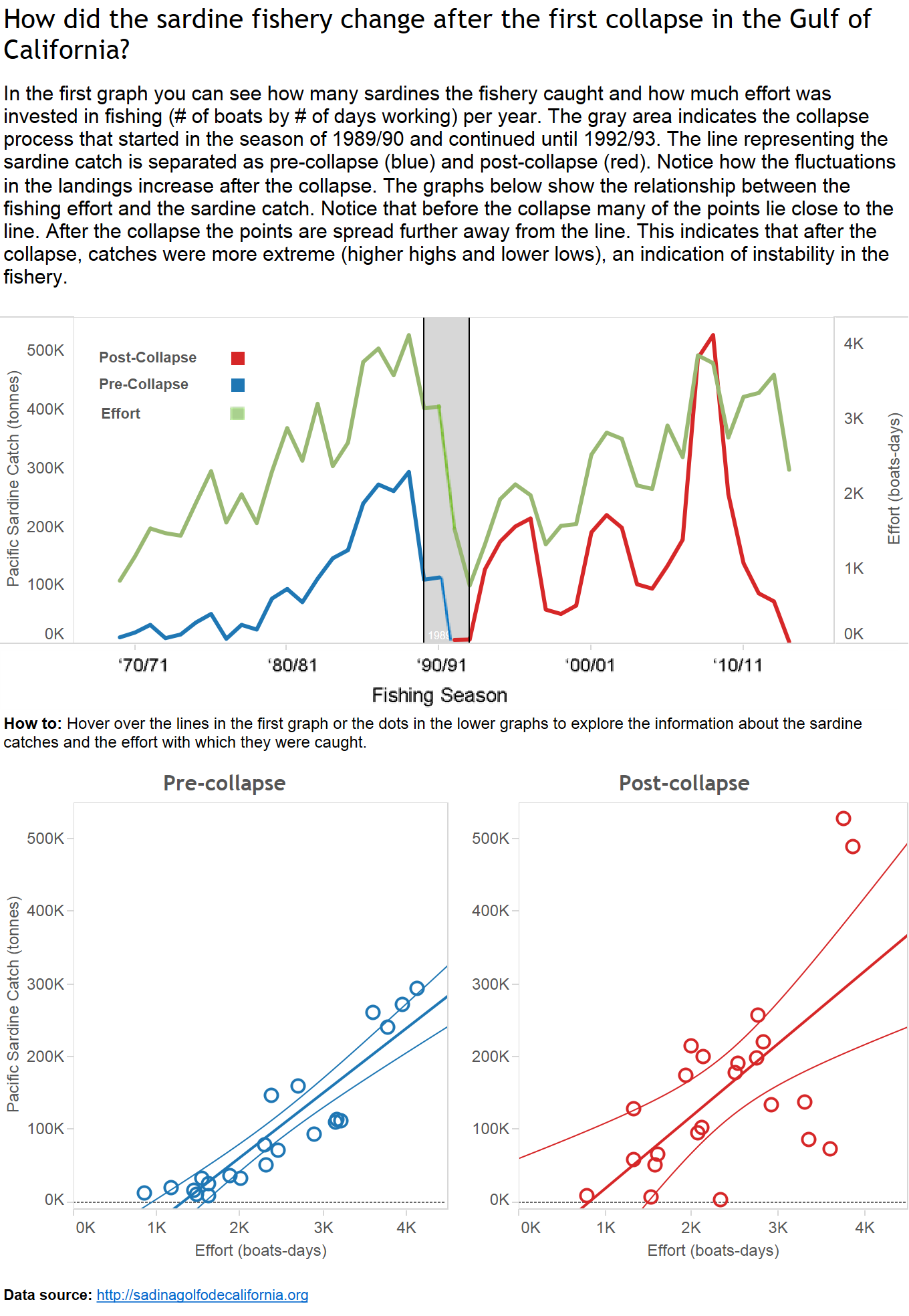 From the early 1970’s until 1988/89 the Gulf of California’s Pacific sardine fishery by the fleet of Sonora grew almost continuously. During the same time the fishing effort followed a similar pattern of increase, although with more fluctuation. In 1988/89, the fishing effort (i.e. number of days boats were fishing) was the highest ever recorded for the fishery, and the following year a long decline in catch and fishing effort began, culminating in the fishing seasons of 1991/92 and 1992/93. This sharp decline from approximately 300,000 to 7,000 tonnes marked the first collapse of the sardine fishery. Since this collapse, the landings of the fishery have fluctuated more widely than before the collapse, as has boat effort. The fishery appears much less stable (and predictable) than before the collapse with increased fluctuations in catch. There has also been a recent, sharp decline from the highest sardine landings recorded (half a million tonnes in 2008/09) to an all time low (3,500) in 2013/14.

The results presented show that increased landings were only possible up until an invisible “breaking” point. When too much effort was invested in catching many fish, landings suddenly declined after years of gains. These results highlight the importance of fishing wild populations responsibly without taking more than the fished system can provide. Although it is difficult to accurately estimate how much can be taken safely (i.e. without causing collapse), it is imperative that fisheries management learn from collapses such as that witnessed in the Gulf of California sardine fishery in 1992, and afterwards in 1998, 2004 and 2013. It must be noted that we do not discuss variations in climate, which are known to drive the natural abundance of sardines and other forage fish species [5,6,7].

The data used herein were taken from: http://sardinagolfodecalifornia.org