Spatial Distribution of Potential Fishing Effort in the Gulf of California, Mexico. 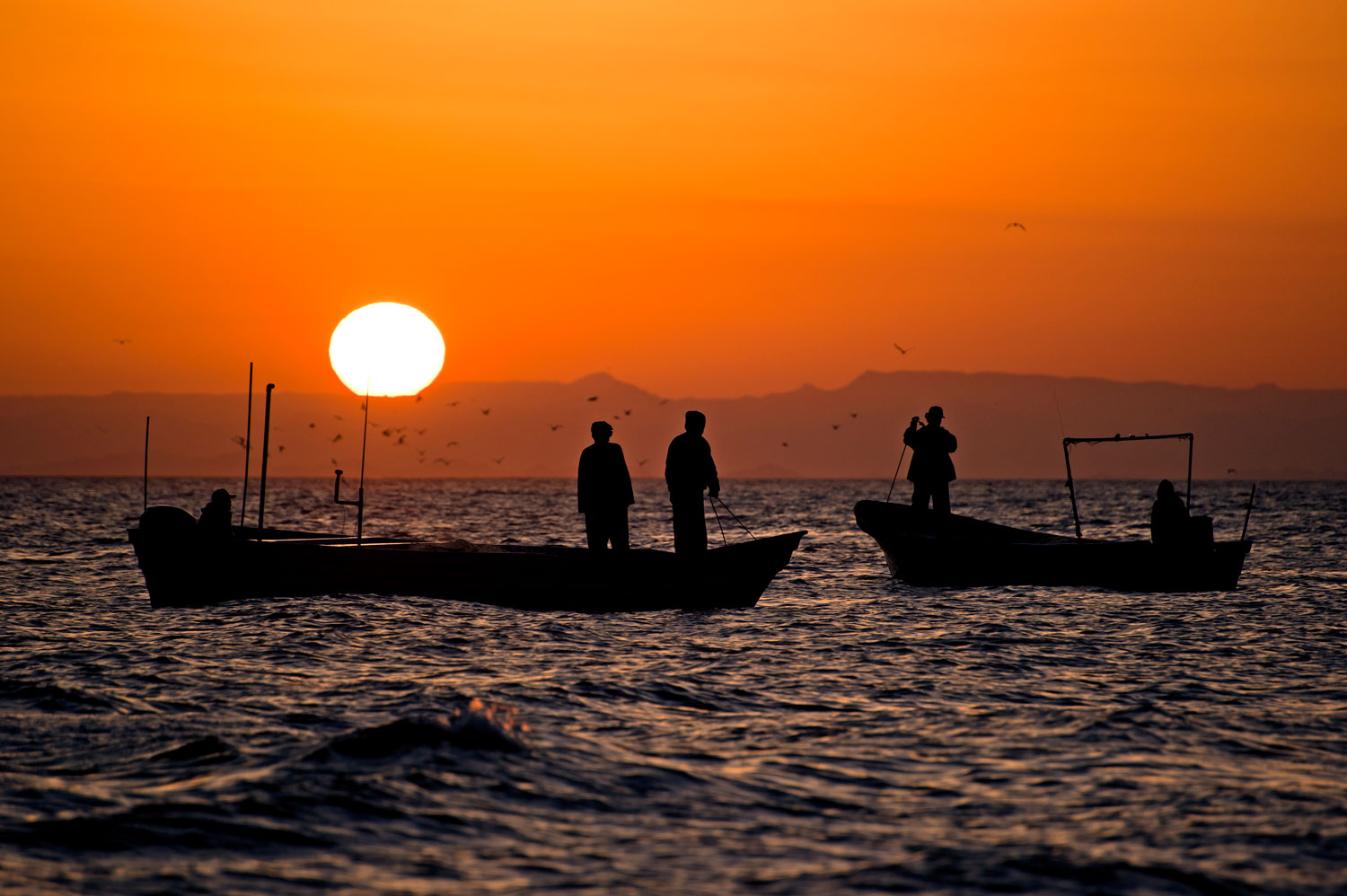 The Gulf of California is well known for being one of the world’s top marine biodiversity hotspots (1). The highly productive waters also make it an important economic resource for Mexico, supporting large industrial, artisanal and recreational fishing industries. However, as with many global fisheries, the high production has led to a somewhat overinvestment in fishing, and stocks within the Gulf are heavily fished (2). 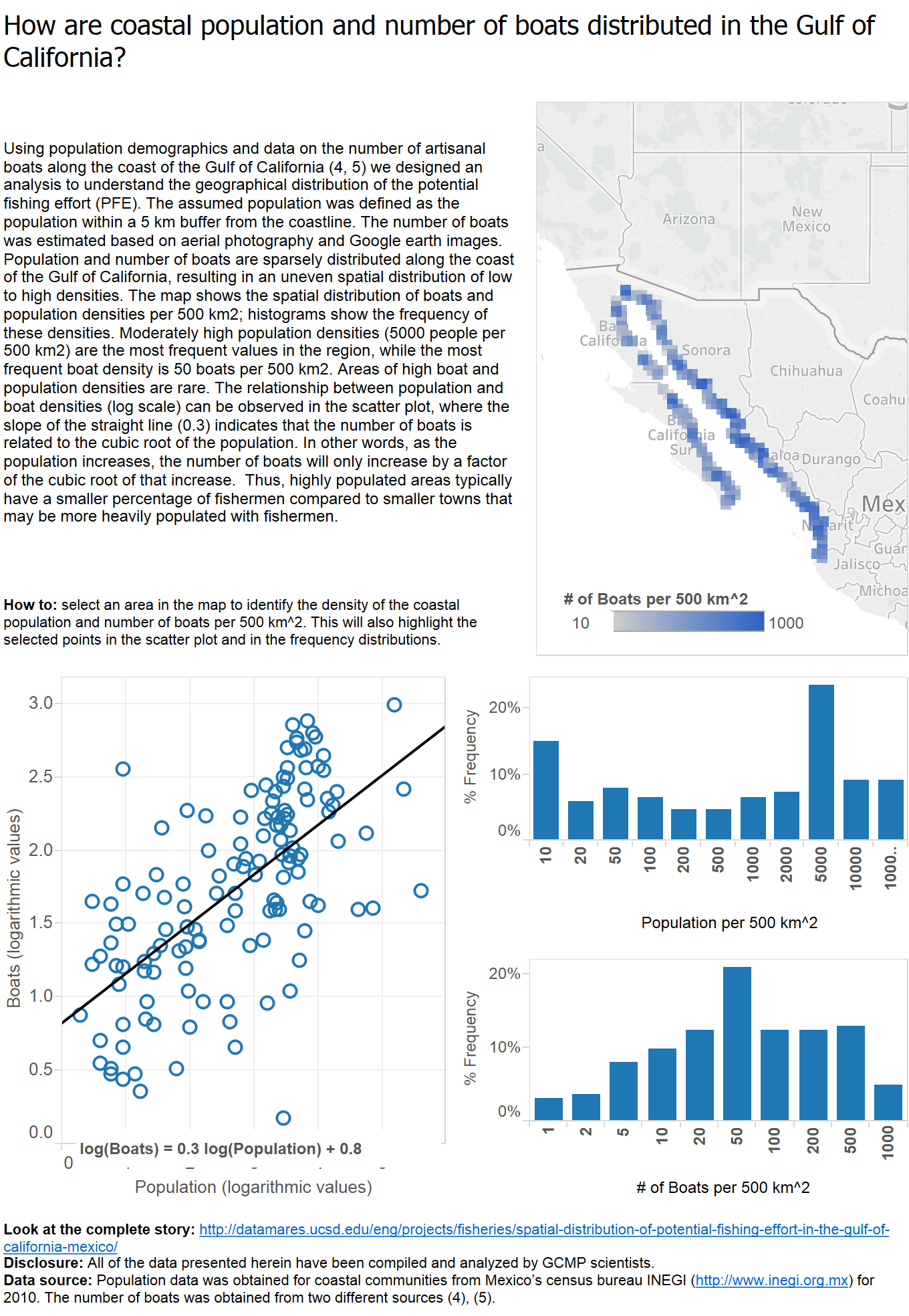 Although Mexican fisheries landings are recorded by CONAPESCA, very little is known about how many fishermen are catching these reported landings. Using human population and fishing vessel density (i.e., population and fishing vessels per unit of area) from years 2006-2007 (4, 5), we were able to predict the spatial distribution of the potential fishing effort (PFE) in the Gulf. Our analysis was restricted to these years due to the limited data available on the number of fishing boats operating in the Gulf.

The objective of this exercise is to use population and small-scale boats (also known as pangas) distribution to calculate the potential fishing effort, which is an index that represents fishing pressure on our coastal and marine resources in the Gulf of California. This index could potentially impact decision-making processes, which ultimately drive the development of sustainable fisheries management frameworks.

Major findings:
Fishing pressure has a significant human impact on coastal and marine systems and is challenging to quantify. Our method is based on empirical data and provides a common and simple way of measuring fishing effort for regional fisheries assessments. By displaying potential fishing effort in a map, we provide a model for estimating fishing intensity and distribution. The uneven distribution of population and boats, show that PFE is also unevenly distributed along the Gulf. However, we can distinguish higher PFE close to high population concentrations (like the coast of Sonora and Sinaloa) or areas with great number of boats (such as the upper Gulf of California).

Mexico has a sustained population growth since 1960 (7), which intensifies the need for accurate measures of fishing pressure and associated effects on coastal ecosystems. With our model researchers can identify areas of high activity that might need management intervention. The method also allows the correlation of the results to other oceanographic parameters and fisheries landings data to understand if fishing effort could surpass what the oceans can produce (6). Ultimately, sustainable fisheries management frameworks have to be able to work in poor-data situations, and this model provides a potential solution.