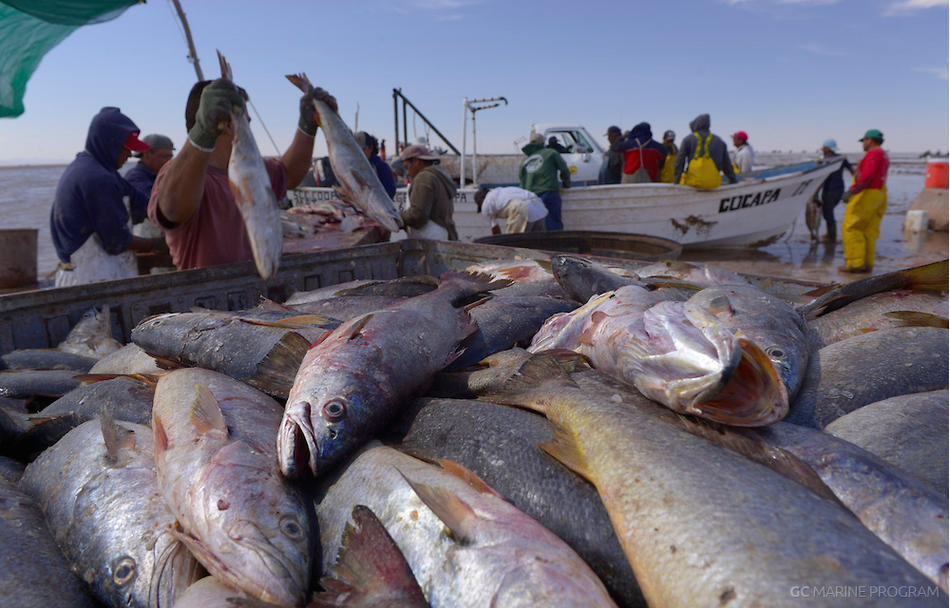 In the Upper Gulf of California large tidal fluctuations, as well as migration and spawning aggregations formed by species, are natural factors that seem to determine fishing activities. As elsewhere, fishing in the Upper Gulf of California has a history steeped in tradition, in which knowledge is passed from generation to generation, allowing fishermen to adapt to changes in the region. The first fishermen who came to the region took advantage of the abundance of totoaba (Totoaba macdonaldi), then took to shark fishing, and eventually became involved in the shrimp industry (1). In the early 90’s the shrimp industry decreased dramatically and fishermen in southern Sonora and in Sinaloa took this opportunity to venture farther into the region. This is how artisanal fisheries began to grow (2). Over time, fisheries in the Upper Gulf have adapted to the demands of the domestic and international markets, resulting in a diversification of the fishing effort and target species. 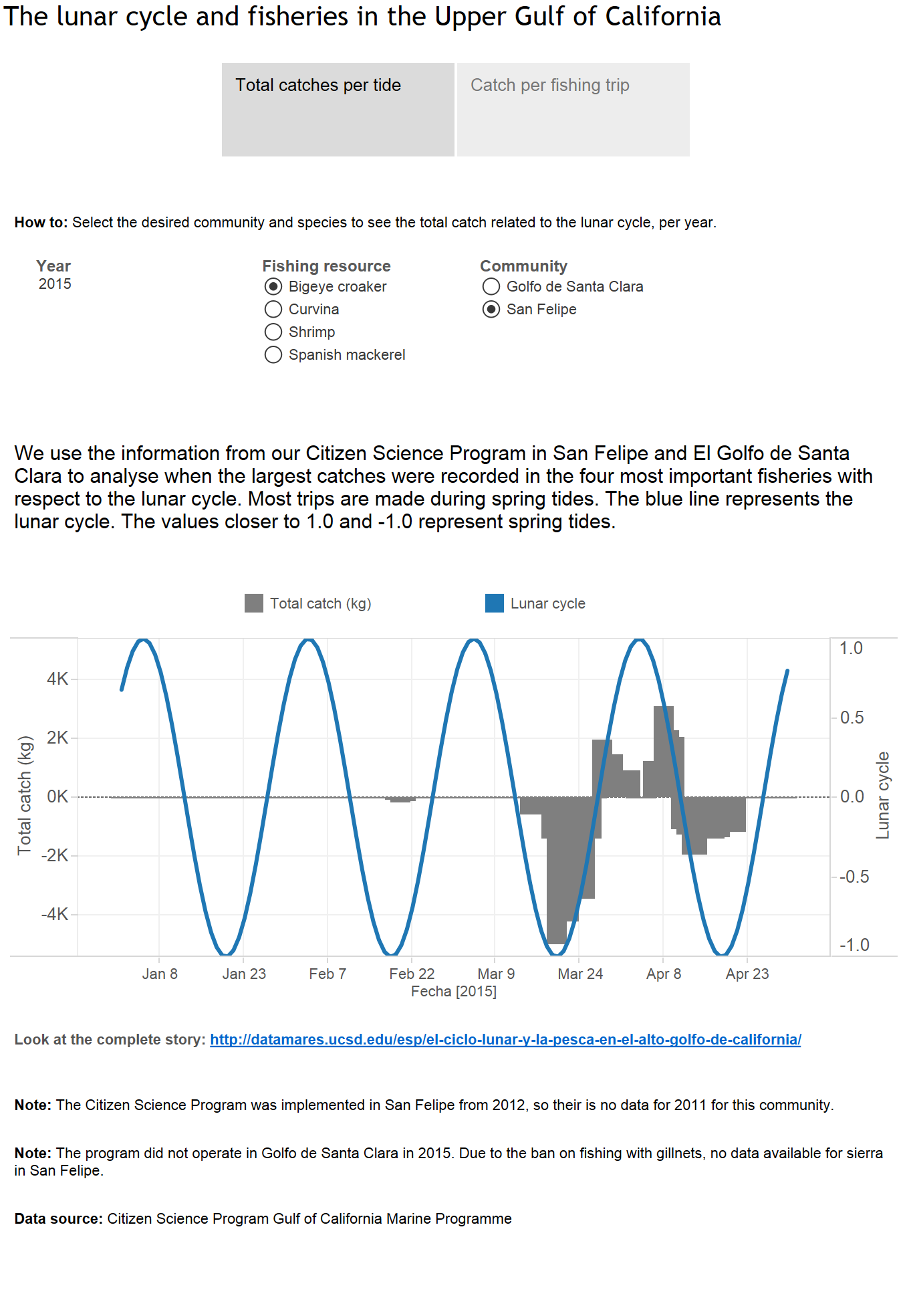 Today, the most important fisheries in the region are shrimp, curvina (Cynoscion othonopterus), Bigeye croaker (Micropogonias megalops) and Spanish mackerel (Scomberomorus sierra). The fishing gear most commonly used are gillnets, which must have the best balance between buoyancy and ballast to remain extended in the water and ensure the capture of the target species (3). Since we started working in the area, the fishermen of San Felipe,Baja California and El Golfo de Santa Clara, Sonora, said they fish following the tide patterns. They explained that the best days to fish are the days of the spring tide (during the full or new moons) and/or after the tide changes direction, since the currents are stronger and help keep the gillnets extended underwater and help drag them along the way. It is assumed that the more distance travelled by the gillnet, the more fish it captures.

However, are the tides, in fact, crucial to capturing a higher volume? Does working during the spring tide decrease the duration of the fishing trip? We know that these fishing communities have different dynamics despite the short distance between them (4), but we have not carried out a detailed analysis so far. We analyzed the information generated through the Citizen Science Program (5) to test for differences in average volumes of catch per trip (kg / trip) and trip duration (hours) performed during spring and neap tides.

Fishermen of San Felipe and El Golfo de Santa Clara made most fishing trips during spring tides and the changes in tide, thus, higher volumes of fish catches were recorded during those days. For El Golfo de Santa Clara, the average catch per trip in neap tides was lower than those recorded during spring tides for shrimp, curvina and Bigeye Croaker, while the Spanish Mackerel fishery catches saw higher averages recorded during neap tides. In the case of San Felipe, there is no predominance of larger fishing volumes captured at a given tide.

When performing an analysis of significance (95% confidence) we found no significant differences between fish catches during spring and neap tides. Only in a few cases (curvina in 2011 and Spanish Mackerel in 2014) in El Golfo de Santa Clara did we obtain a significant difference showing that catches during neap tides were higher. This indicates that the lunar cycle is not critical to ensuring a high volume of catch in some species.

If the catch volume is not always determined by the lunar cycle, why do fishermen continue to fish more during spring tides? It could be due to tradition and a collective perception regarding the traditional method in which fishing is conducted. Fishermen in the region have been adapting their methods and gear according to what they learn from other fishermen and environmental conditions. Analyzing in detail the fishing dynamics of San Felipe and El Golfo de Santa Clara allows us to better understand how each community has adapted to the particular conditions in which it operates. This information will help improve fisheries management in the region and allow each community to benefit, taking into account the impact that each fishing fleet has on the environment.

We thank the fishermen of San Felipe and El Golfo de Santa Clara for their participation in the Citizen Science Program, as well as the community staff working with the GCMP for their support.