Why are there mantas in Bahia de Banderas, Mexico?. 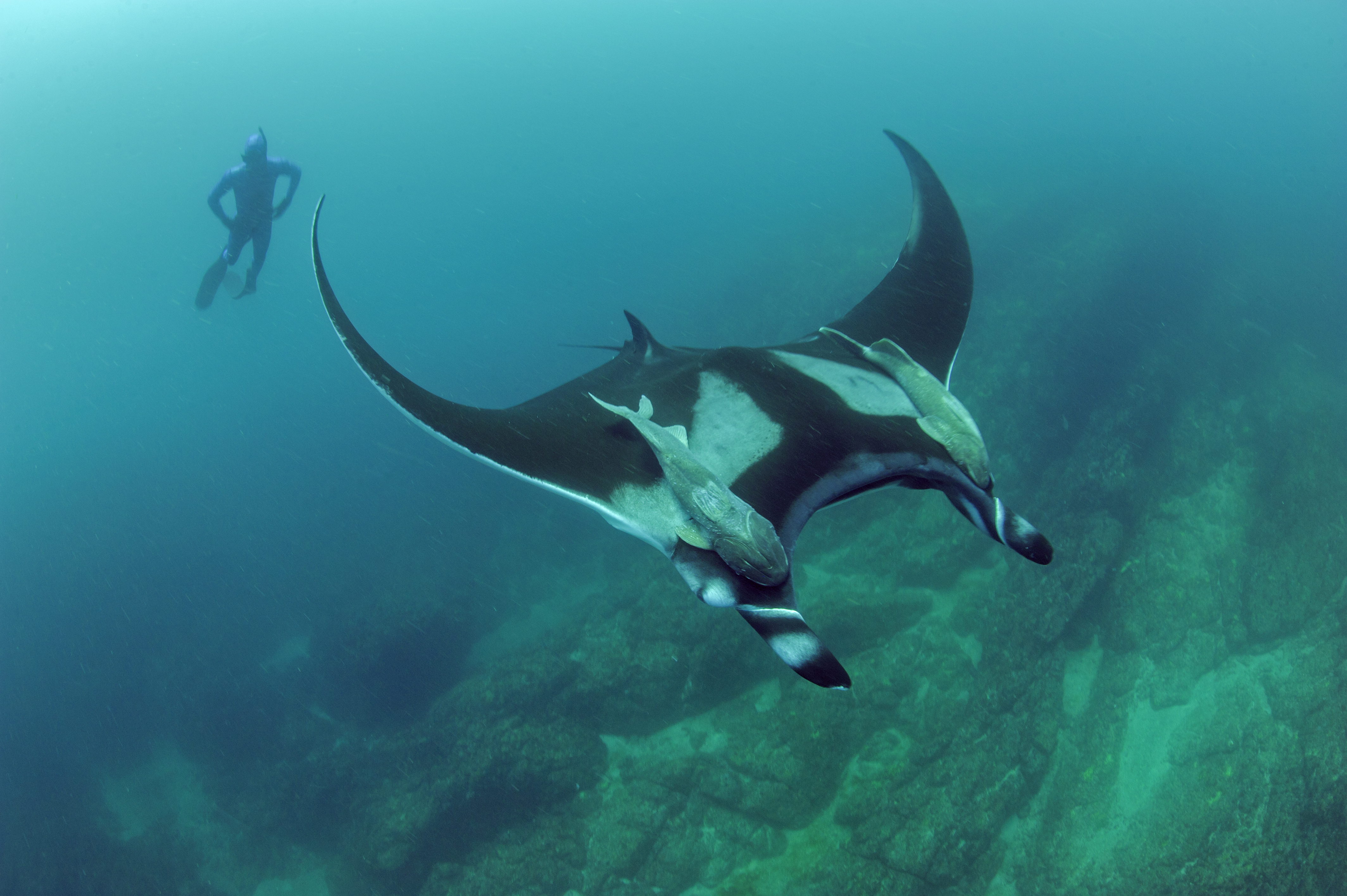 Mantas are highly mobile organisms and thus can be very difficult to find and study; however, in Mexico they frequent the Pacific Coast, especially Bahia de Banderas. As stated by Stewart et al. (2014)[1], Proyecto Manta has been monitoring the mantas in the area since August 2013, and we have observed densities as high as 20 mantas per hour in a 500m stretch of coastline, which is an incredibly high number compared with other hotspots around the world where the same number of mantas may not be observed in an entire day. This raises the question: Why is this location so special for mantas?

Bahia de Banderas represents a very important ecosystem in the Mexican Pacific. A diverse assemblage of large marine vertebrates makes use of the high food availability and other oceanographic factors that provide an ideal habitat within the bay[3]. We have observed mantas feeding during several of our surveys; therefore, we hypothesize the reason mantas gather in large numbers in this relatively small area is because this is a feeding ground. Our objective is to determine if a relationship exists between food availability and manta presence and abundance.

Food availability in the ocean is regulated by nutrient inputs that support phytoplankton communities and in turn lead to increased zooplankton abundance, the primary food source for mantas. In Bahia de Banderas these nutrient inputs are associated with a process called upwelling, which brings deep water, rich in nutrients, to the surface. Environmental variables such as temperature and salinity are good indicators for nutrient-rich water inputs. These variables are easily measured with a CTD (Conductivity-Salinity, Temperature and Depth). Deep water in Bahia de Banderas is cold (< 28 °C) and salty (> 34.2)[4], thus high nutrient waters can be identified by the combination of these properties in the CTD data. On the other hand, cold and fresh water, associated with river discharges, does not necessarily mean it is high in nutrient availability.

Major findings: Manta presence is likely related to upwelling events and thus with food availability. This suggests that Bahia de Banderas is an important location for mantas due to its characteristics as a feeding ground, which may explain the very high abundances we have recorded. We require further information to test this hypothesis with more robust data, and Proyecto Manta will keep monitoring the area in order to gather sufficient data to draw strong conclusions on the patterns associated with manta presence and abundance.

Special thanks to Dr. Héctor Bustos for the logistic support provided for data collection.

4. Castro, R., et al. 2006. Thermohaline variability and geostrophic circulation in the southern portion of the Gulf of California. Deep-Sea Research: Part I. 53:188-200.