Women and the fishing sector in Mexico. 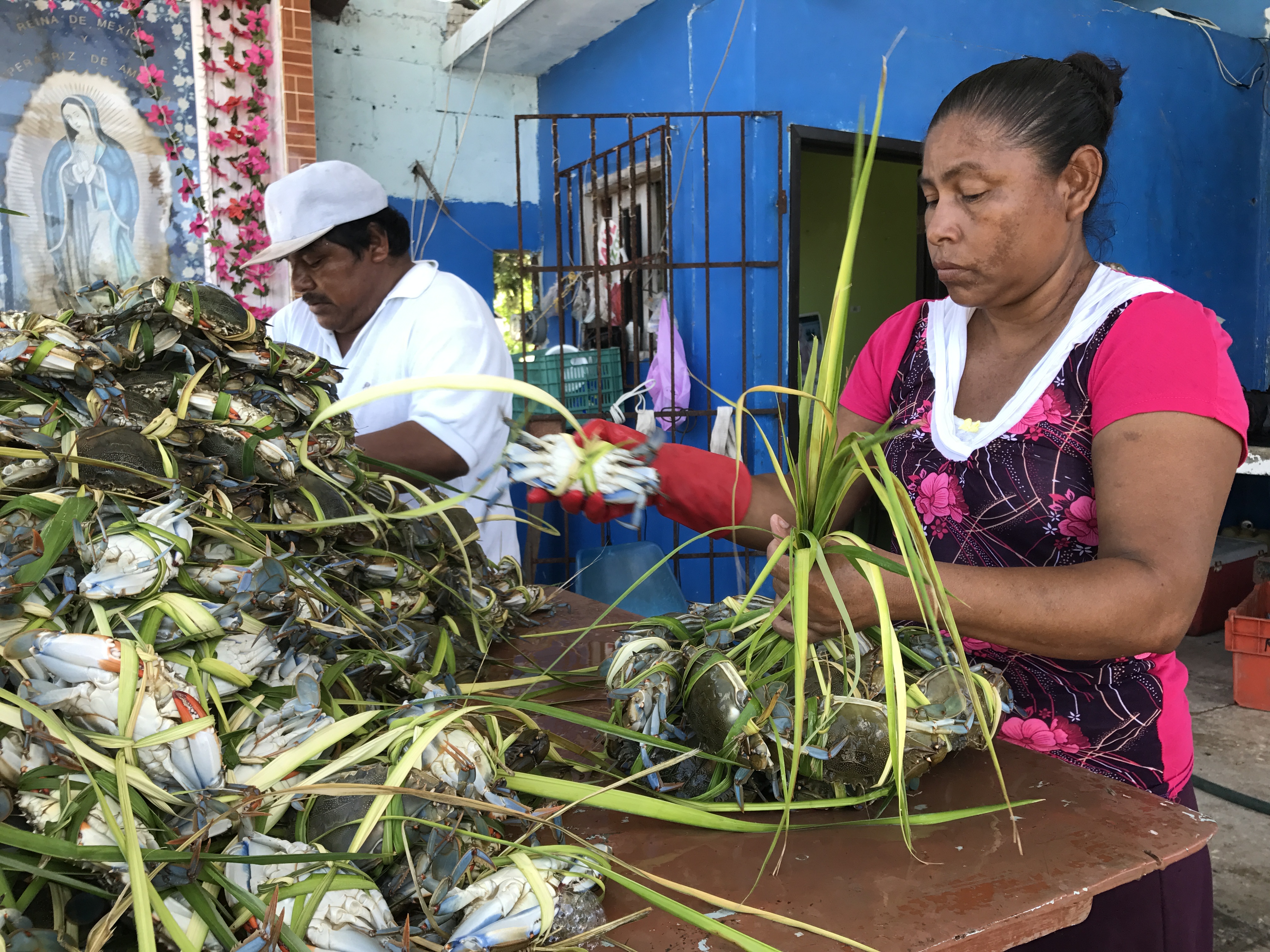 According to the Food and Agriculture Organization of the United Nations (FAO), women represent 19% of the people directly employed by fishing worldwide, and up to 50% of the post-capture workforce in artisanal fisheries (1), reaching even 90% in some fisheries (2). Around 260 million people are involved in the exploitation of marine resources (3), of which approximately half are women (4), varying according to the country and activity. In Mexico, the National Commission on Fisheries and Aquaculture (CONAPESCA) estimates that there are about 22,000 women directly employed by the sector (5), however, the data from the National Institute of Statistics and Geography (INEGI) indicate that there are around 14,000 (6).

Like in the rest of the world, in Mexico there are few data that show how many women work in fishing, in what conditions and the economic value of their work. The data do not exist in part due to the informal nature of their work, as well as biases and deficient processes in data collection. For example, not having sex-disaggregating data and not considering subsistence fishing (carried out mainly by women) in the statistics are two reasons that contribute to the lack of visibility of women in the sector (7).

There are some studies on the participation of women in fisheries in specific locations in Mexico. For example, in Isla Natividad (Baja California) one study showed that women invest time and capital in the sustainable management of fish resources, while men establish a more direct relationship between fishing and economic profits (8) . Despite the important contribution they make to the sector, women are generally excluded from the decision-making processes (2) and are underrepresented at all levels, with only 9.1% of female representation in senior positions in the fishing industry (9).

We explored data from the most recent economic census carried out by INEGI (2014) to characterize the formal participation of women in the sector through information about personnel hired by economic units. This exercise leads to a discussion about what information will help shed light on women’s work and its value, and how to improve statistics in both the primary and secondary sectors. The hope is to contribute to the design of policies that strengthen the social, economic and political equality of women in the sector, by recognizing their contribution to fisheries, aquaculture, food security, and community development. For this reason, it is essential that public institutions begin to collect gender-dissagregated data that helps to identify the role of women in the sector and to make decisions that contribute to sustainability from a more inclusive approach.

The distribution by gender shows 14,311 women (8%) compared to 158,227 men. 95% of employed persons were personnel hired directly by the economic unit, however, only 40% received a fixed and periodic salary. The remaining 60% (88,233 men and 9,907 women) worked at least one third of the work day without receiving a fixed salary (this number includes owners, family members and other unpaid workers). That is, 59% of men and 70% of women employed by 36,719 economic units surveyed in 2014.

The five states with the highest percentages of women without fixed salaries were Guerrero (90%), Nayarit (88%), Jalisco (87%), Oaxaca (86%) and Michoacán (83%). These states employed 6,503 women, or 45% of the total. This number is important considering that more than 50% of the population in Guerrero, Oaxaca and Michoacán live in poverty, thus a lack of wage security is an obstacle for women and the well-being of their families (10).

There are important differences between the fishing and aquaculture industry that are worth exploring further. The data suggest that women have greater access to work with fixed and periodic income in aquaculture. Of the 2,118 women employed in aquaculture, almost 50% receive fixed salaries, compared to 26% in fishing. Again, this percentage varies by state, however it is worth exploring as it can demonstrate conditions that favor the entry and paid participation of women in the fishing sector.