How distance between mangroves and reefs could affect snapper populations. 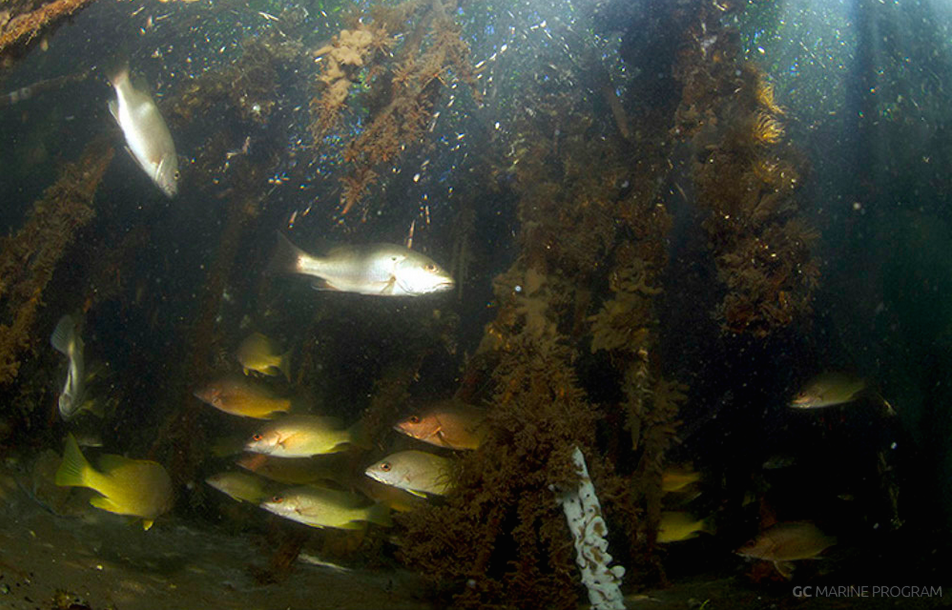 Several species of snappers are dependent on mangrove forests during their first year of life (1-4). These habitats have been categorized as nursery sites, because they have above-average densities of juvenile fish compared to other habitats (5). Once they leave the mangrove-nursery areas, snappers migrate to offshore reefs to find their home as adult individuals. At least six species of snappers use mangrove forests as their major nursery habitat in the Gulf of California (DOI: 10.13022/M3CC77), but the Yellow snapper, L. argentiventris, is the most abundant of them. This species can reach sizes of up to one meter in length, and have a weight of 10 kilograms, and during spring and summer, produce more than three metric tons of landings per fishing cooperative (6). If snappers only recruit in mangroves, we can expect that reefs farther from a mangrove source will have less abundance of snappers and in turn less snappers to be fished. 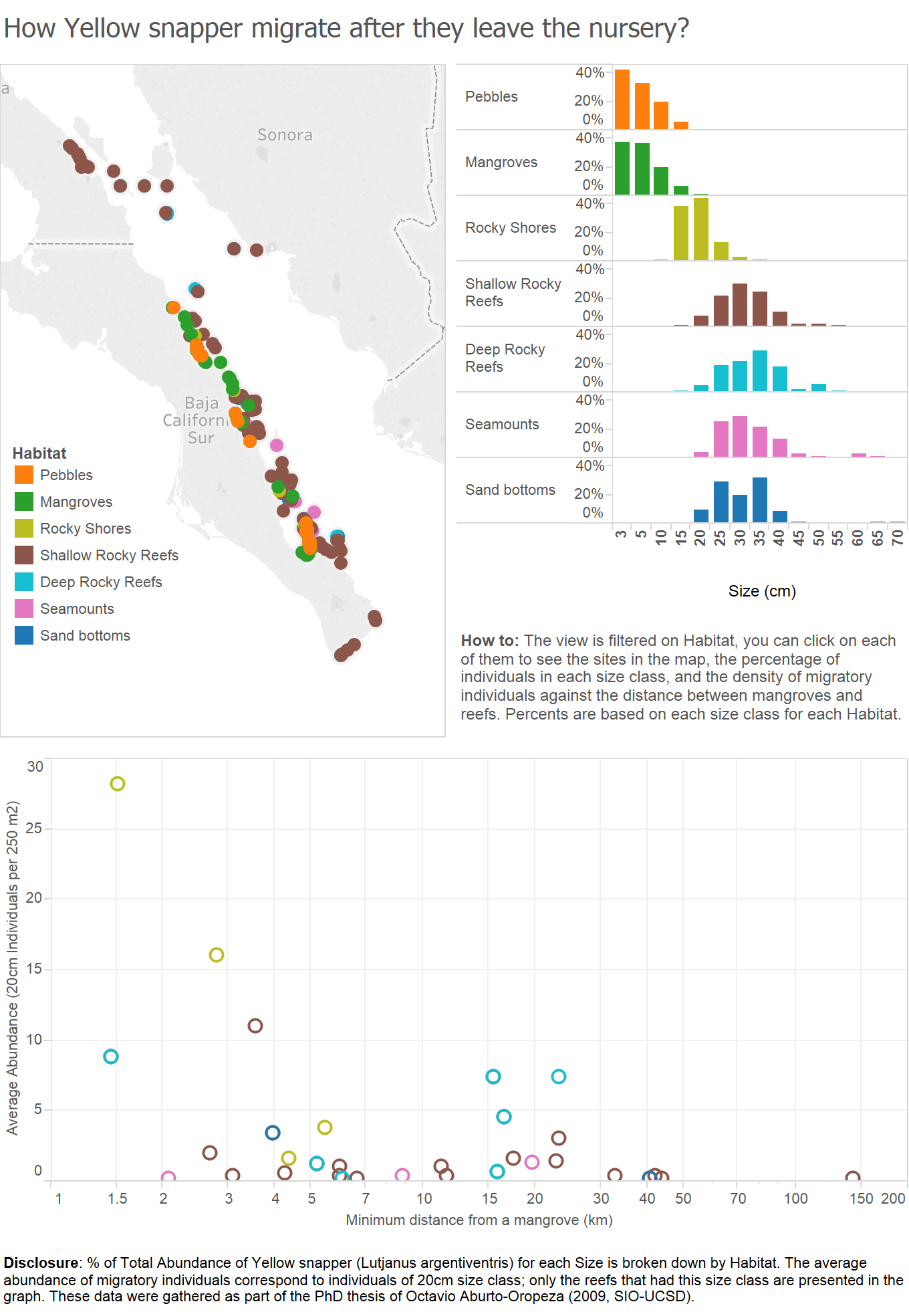 Baja California is the northern limit of mangrove forests in the Eastern Pacific, where mangroves grow under suboptimal conditions (DOI: 10.13022/M3Z596). Despite their limited extent, these coastal forests represent an important source of food production and income for local communities, and we aim to demonstrate the relationship between the distribution of mangrove forests and the snapper’s abundance in offshore reefs.

Using underwater surveys (4) we first established what size classes are more common in different habitats. Using only the size classes that recently left the nursery area (20 cm,) and using Geographic Information System softwares (GIS ArcView software), we calculated the nearest distance between mangrove sites and reefs being studied, following the contour of the coastline. Finally, we correlated the distance to the nearest mangrove site to the density of these snapper individuals at each offshore reef.

Major findings
The small snapper individuals first settle onto the pebble bottoms at the wave-washed mouths of bays, and quickly move into the nursery provided by the tangled mangrove roots, formed mainly by red mangrove Rhizophora mangle. The juveniles use this narrow strip of habitat for shelter from large predators. Almost all the L. argentiventris observed among the roots were “youngest-of-the-year,” or that year’s class of new fish. After about one year in the mangrove fringe, the juveniles typically reach sizes of 10-20 cm and begin to migrate to other nearby habitats and rocky shores outside the bays. As they continue to grow, they shift to successively shallow reefs offshore and then to deeper, more exposed rocky reefs where they spend their adult lives.

We compared the abundances of migratory individuals (i.e., 10-20 cm in length) at rocky reefs at varying distances from a mangrove nursery. Reefs very close to mangrove habitats were well stocked with juvenile fish, but these abundances dropped off exponentially with increasing distance from a mangrove. At reefs greater than about 5 km from a mangrove, there were essentially zero juveniles migrating onto the reef.

Conclusion
Populations of juvenile L. argentiventris on rocky reefs seem to depend on the proximity of mangrove nurseries, with an exponential decay in abundance as distance to a mangrove source increases, supporting the idea that the mangrove root environment plays an important role as intermediate nursery habitat (7). These juveniles replenish stocks of adult Yellow snapper, a major fishery in the Gulf of California, therefore recognition of this role in the life cycle of L. argentiventis may lend support to mangrove conservation and help improve the efficiency and sustainability of fisheries in the region. Drawing direct links between fisheries productivity and ecosystem functioning is a powerful tool in promoting the recognition and incorporation of these ecosystem services in management plans. Toward this end, a next step for our research is to explore how the distance to a mangrove source, as well as the extent of suitable habitat in that mangrove, is related to the productivity of offshore fisheries.