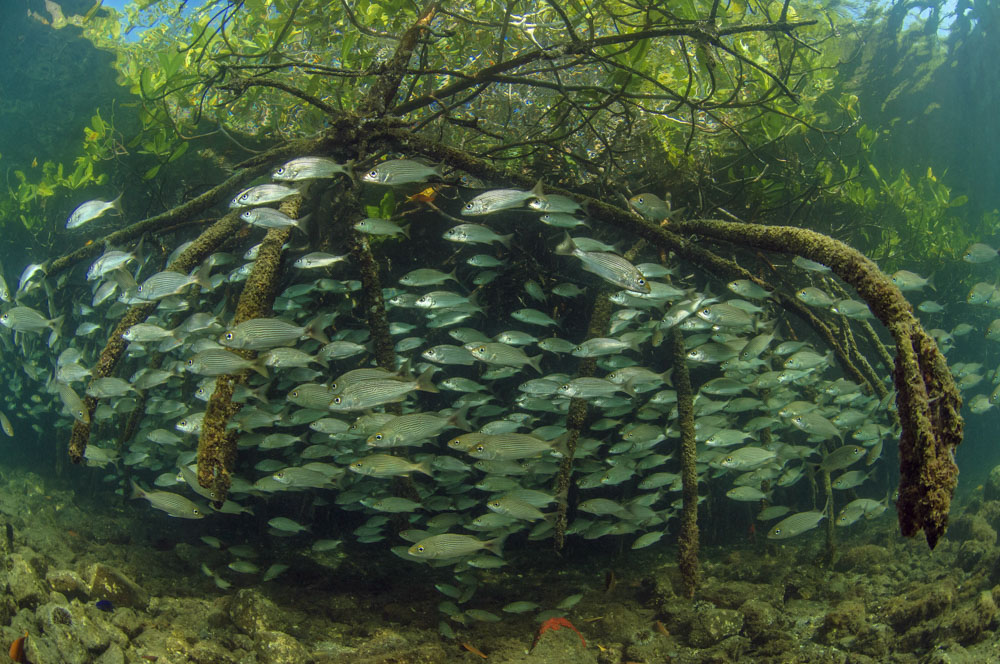 Many fish use mangrove forests as habitat, especially while they are juveniles. Snappers (Lutjanidae) are an important group, both ecologically and economically, among mangrove-dwelling fish in the Gulf of California region. In this study, the snapper habitat at over 30 mangrove sites in the western Gulf was surveyed. By quantifying how many fish and what size of fish live in each area we can begin to gain an idea of how important a habitat is for a certain species. 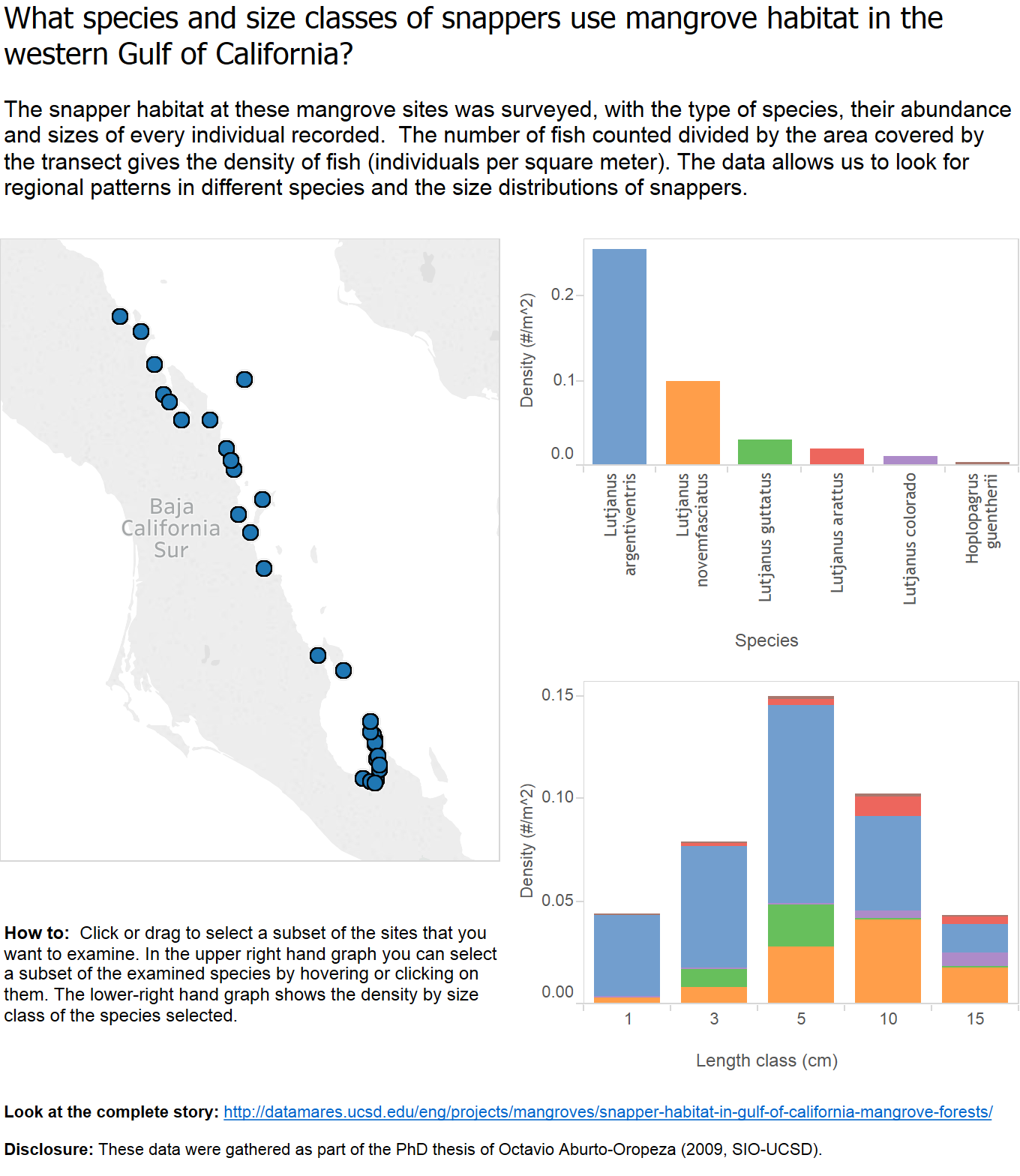 Major findings: A few interesting patterns emerged from this research. Some species were commonly found in mangrove sites throughout the region (e.g. L. argentiventris), while others have much more localized distributions (e.g. L. guttatus). Species vary in their size as well; L. aratus and L. novemfasciatus each show size distributions shifted to the right (i.e., more, larger individuals) than that of L. argentiventris. Also, total snapper density can vary by a factor of four between sites, suggesting that the availability and suitability of habitat varies significantly across the region.